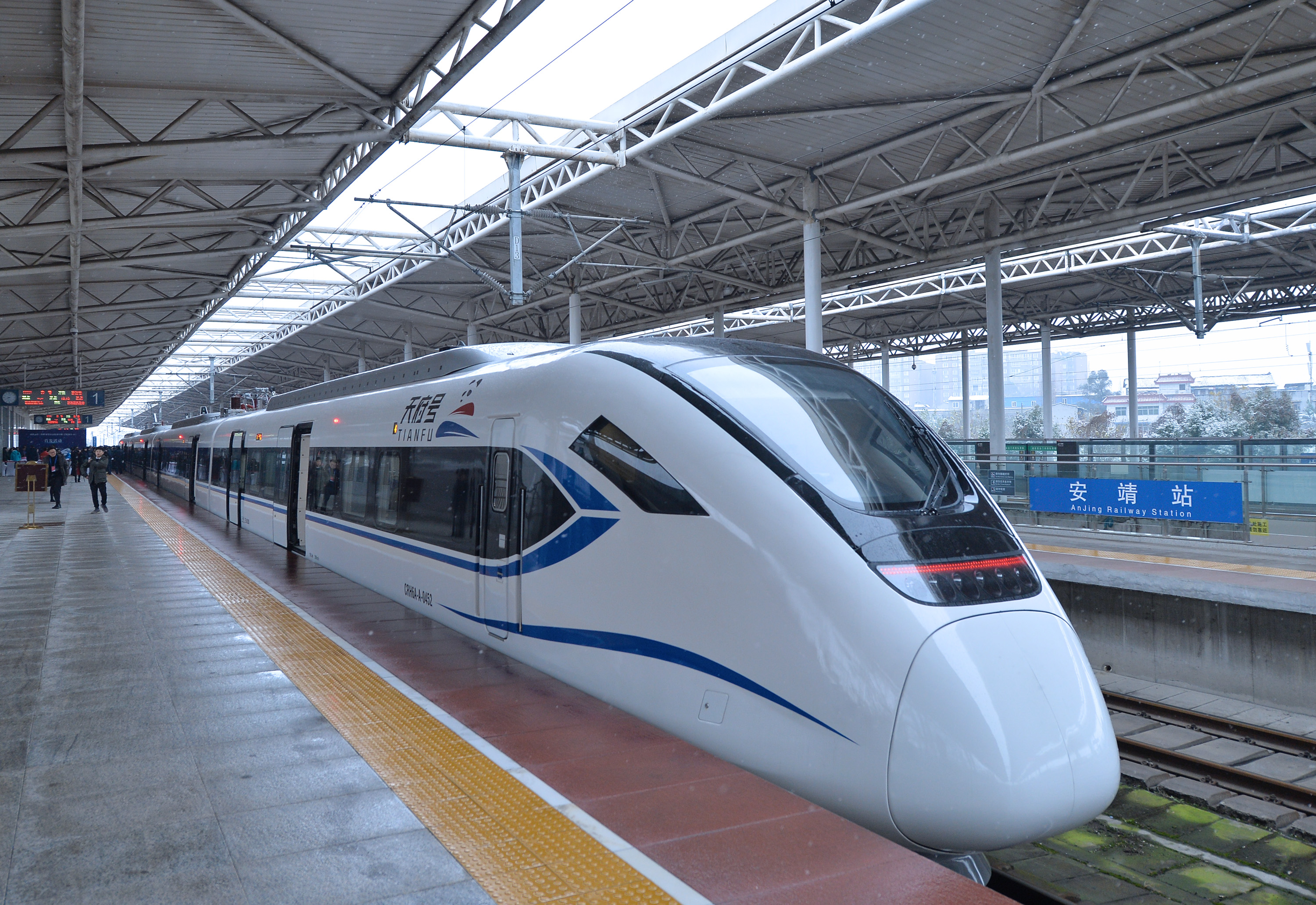 An inner-city bullet train has gone into service in southwest China's Sichuan Province. Running from Anjing Station in the city of Chengdu, the "Tianfu" bullet train links several county-level cities and towns across the city, which is the capital of the province.

The new service is the first to use the new CRH6A-A model train, which can carry up to 688 people at a top speed of 200 kilometers per hour. 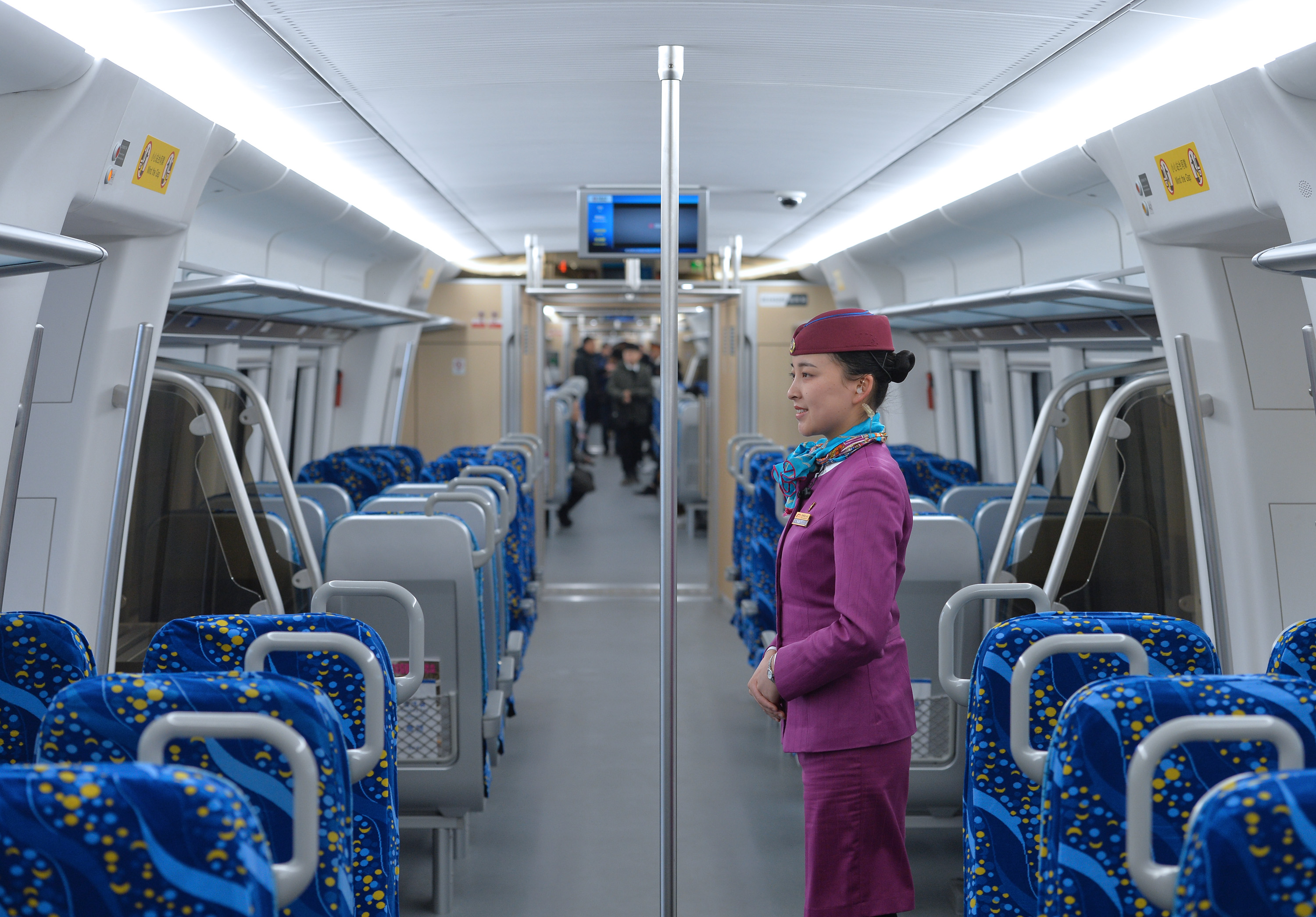 This photo taken on Tuesday, December 29, 2018 shows the inside of the "Tianfu" bullet train. (Photo: IC)

The interior of the train is more reminiscent of a bus than China's other fast trains. It has fewer seats in each row, and a wider aisle than a normal train, making it easy for passengers to get on and off the train. 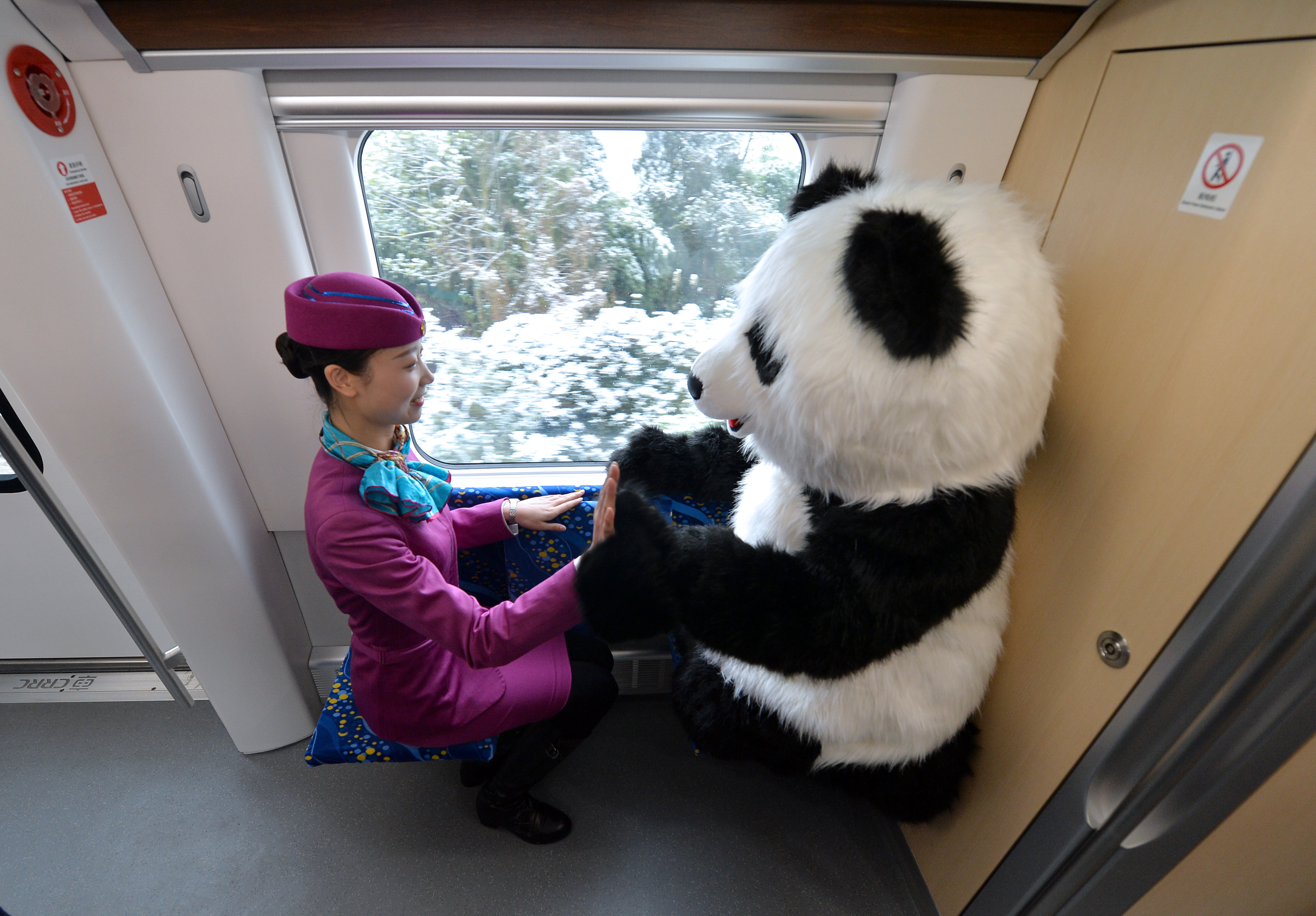 When the service is fully operational from this Saturday, trains will run every 10 minutes in peak hour, and every 20 minutes outside of peak times.