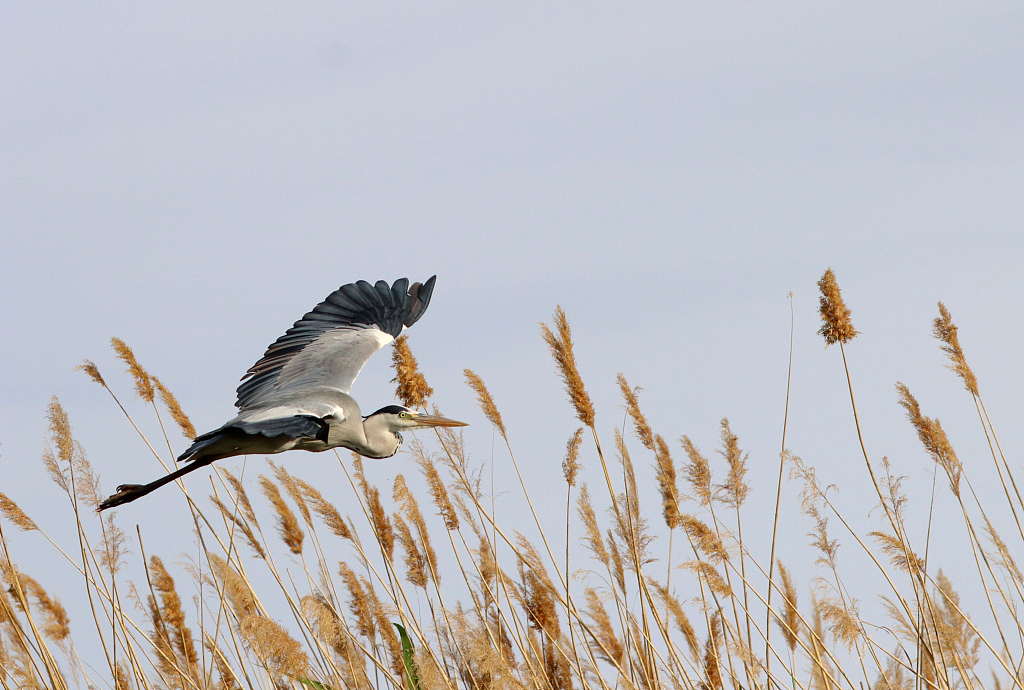 The birds will make a stopover in the Tumuji National Nature Reserve, an important stop for migratory birds, before heading to the warm southern areas, according to the nature reserve administration.

Located in the border area of northern China's Inner Mongolia and northeastern provinces of Heilongjiang and Jilin, the Tumuji National Nature Reserve has seen significant improvement in its environment, thanks to a series of supporting policies rolled out by the local government over the past few years.