CHINA Innovation is the next stage of Chinese economic development: Vice-Chancellor of Cambridge University

Innovation is the next stage of Chinese economic development: Vice-Chancellor of Cambridge University 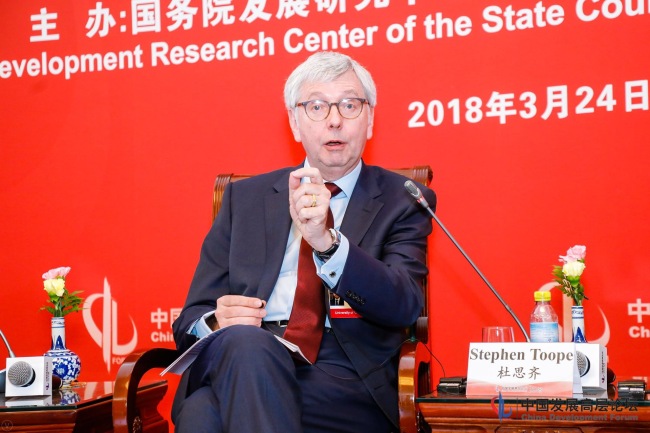 Vice-Chancellor of Cambridge University Stephen Toope speaks at the Economic Summit of the China Development Forum in Beijing on Mar 24, 2018. (Photo: CDF)

China's economy is at the core of discussions at the ongoing China Development Forum in Beijing.

The annual event brings together globally renowned scholars as well as executives of Fortune Global 500 firms to discuss the next stage of China's development.

During his speech at the opening of the forum, China's Vice Premier Han Zheng described the country's shift toward high-quality development, and the emphasis China is placing on the further opening of its economy.

For more on China's economy and the international situation it's within, CRI's Yang Guang has spoken with Stephen Toope, Vice-Chancellor of Cambridge University, who is a guest of the China Development Forum.