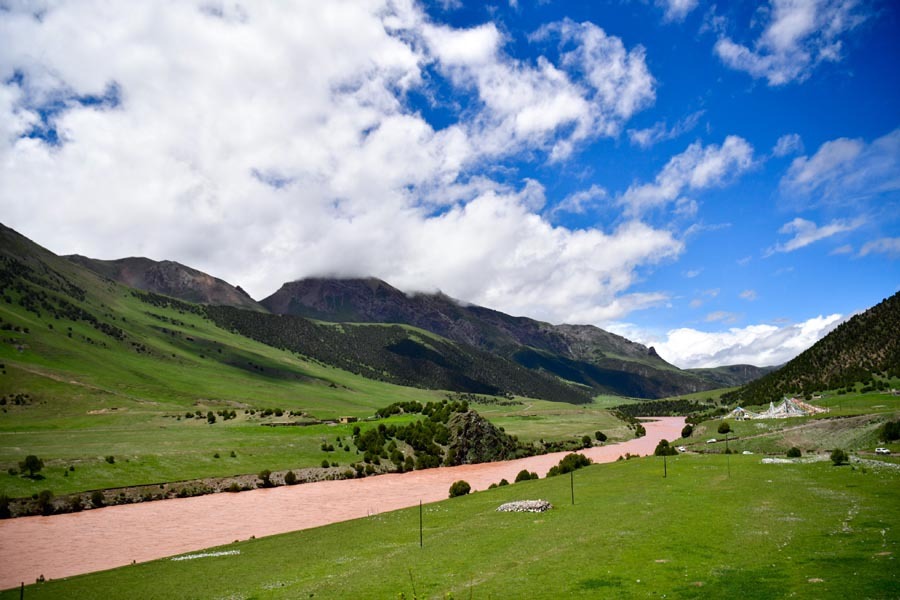 Some problems exposed in earlier rounds of campaign still not fixed

Hundreds of officials have been punished and many local authorities criticized after the first batch of teams in the latest round of a high-profile central inspection of environmental protection efforts concluded their work in five provinces.

By the end of last year, local governments had settled about 10,000 cases that the public had reported to inspection teams dispatched to the five provinces－including Fujian and Hainan－in July, according to the teams' summary reports, which were released by the Ministry of Ecology and Environment over the weekend.

They said 1,594 officials were summoned for environmental violations in those cases, and over 300 officials were held accountable for breaches. Meanwhile, fines totaling almost 1.8 billion yuan ($254.5 million) were imposed on 2,508 companies.

While lauding "major progress "in each of the regions in addressing environmental problems, the ministry said local governments' environmental protection efforts had still not met the central authorities' requirements or public expectations.

Some local governments and departments in Qinghai province, for example, had "weak awareness of the rule of law". Qinghai's Zeku county even planned to build a refuse landfill in Sanjiangyuan National Nature Reserve, the source of China's three great rivers－the Yellow River, the Yangtze River and the Lancang River－according to the summary report for the province.

Local governments in two other counties in Qinghai were criticized for invading watercourses and natural grassland to excavate sand. Companies in one of the counties mined sand in the name of dredging waterways, and the "local government and relevant departments turned a blind eye to it", the report said.

Qinghai was not the only region with violations that crossed red lines protecting land.

From 2012 to 2019, about 33 hectares of sea in Anhai Bay in Quanzhou, Fujian, was reclaimed. The city government tried multiple times to legalize the project by amending local marine function zoning, the ministry said.

Hainan was again rebuked for rampant reclamation of sea, something exposed in the first round of the central inspection.

The province "failed to draw references from previous violations in invading natural reserves. Against the risk of being busted, construction of some projects continues in some reserves," the summary report for the province said.

Without adequately rectifying damage to about 6 hectares of mangrove forest in a key area of a reserve, a real estate project in Hainan's Chengmai county was found have reclaimed more sea to continue its construction.

Instead of enhancing the mangrove forest, Chengmai's county government attempted to revoke the reserve or make it smaller to make way for the project, it said.

Launched in 2016, the first round of the central inspection had covered all provincial-level regions on the Chinese mainland by 2017.Inspection teams, all headed by ministerial-level officials, then revisited the regions in 2018 to see if violations they had found had been rectified.

According to the ministry, over 40,000 companies received penalties of nearly 2.5 billion yuan for environmental violations in the first round of the inspection. Over 150,000 environmental problems that affected people's lives were addressed, and 2,264 people were detained.

Zhai Qing, vice-minister of ecology and environment, said the central inspection had made a great contribution to promoting high quality development.

"Since the first round of the inspection, we have deeply felt that local governments' awareness of ecological and environmental protection has been increasingly strengthened," he said.

The latest round of the inspection will eventually cover all the Chinese mainland.