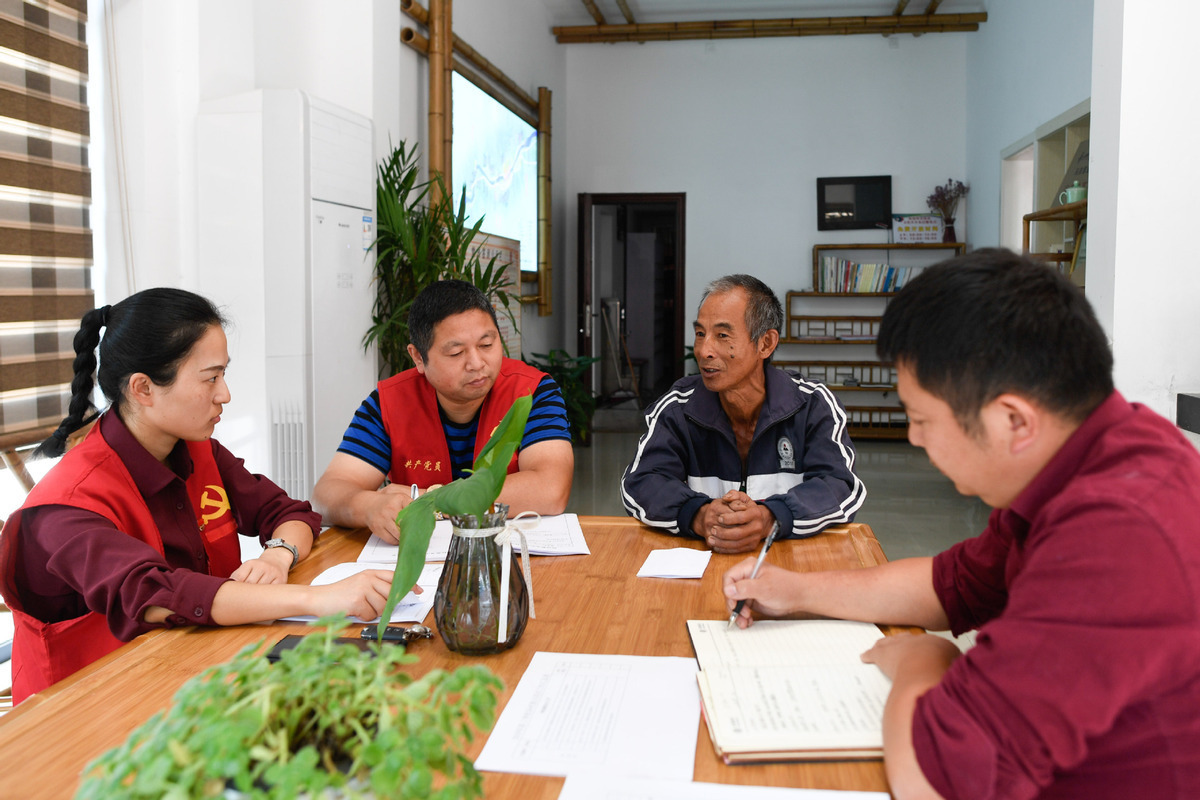 Disciplinary authorities nationwide have actively explored ways to better supervise the work of village committees and officials in the past year, according to the Central Commission for Discipline Inspection of the CPC.

Last year, Yuechi county in Guang'an, Sichuan province, launched discipline inspection teams consisting of people from different occupations in each township to supervise the committees and officials in the villages.

Each team has three to eight inspectors, including Party members, retired teachers or officials. They will hear villagers' opinions and report the problems they found with the village work or officials to the county authority.

Inspectors will avoid inspections in their own villages. The work period for each inspector in the same village usually lasts no more than one year, which will help foster more impartial supervision and reduce villagers' concerns of reporting the real situation.

Gao Yongfu, an inspector of Xinchang township of the county, found the financial affairs of Laomiaozi village of the county were not displayed on the bulletin board as required for public notice during a recent visit to the village.

He took a picture and reported it to the discipline inspection department of the township. He also informed the Party head of the village of the situation and asked for correction.

The problem was resolved the next day.

In the Lin'an district of Hangzhou, Zhejiang province, there are about 300 inspectors who are in charge of collecting evidence about officials who have demonstrated problems performing their duties. The inspectors can report to the township discipline department and, when necessary, can directly report to the discipline department at the district level.

For example, Bao Chengcheng, secretary of the Commission for Discipline Inspection in Yuqian township of the district, received a phone call from an inspector in September. He was told that the project design of an elderly care center in Sizhou village of the town was likely to exceed the cost limit.

The investigation found that the report was true, so the construction was halted and the village adjusted the project plan.

"After a year of exploration and practice, we heard the most authentic voice of the masses through those inspectors and collected a large amount of evidence about problems," Bao said.

Because the inspectors at the grassroots level are not professional and are from different walks of life, discipline inspection departments in many counties provided training for them to improve their abilities.