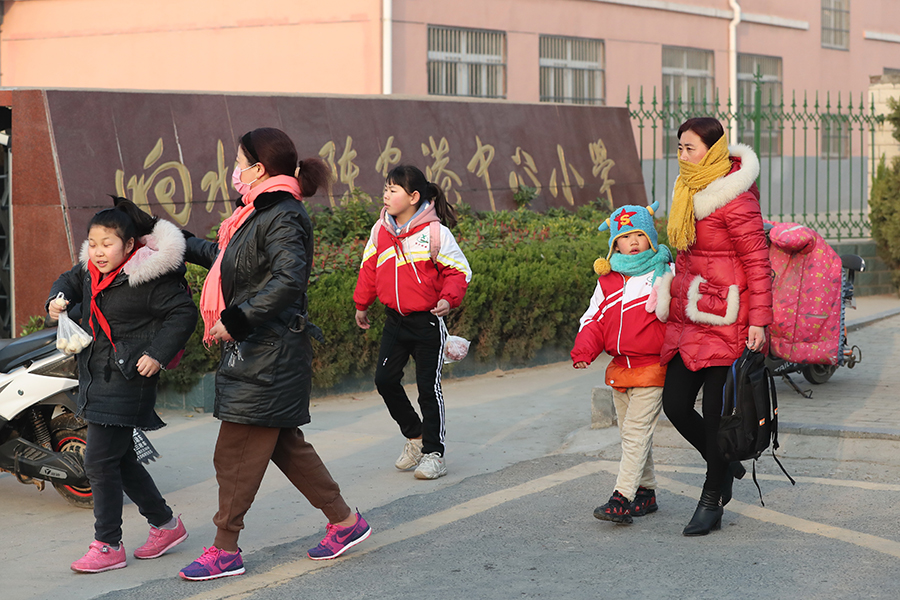 The central government has ordered a national inspection to assess potential hazards of chemicals and safety risks at all chemical industry parks across the country, following an explosion on Thursday in Jiangsu province that claimed the lives of at least 78 people.

Fourteen more bodies were found as rescue teams thoroughly searched 20 enterprises in a chemical industrial park where the blast occurred in Xiangshui county, said Cao Lubao, mayor of Yancheng, the city that administers the county.

The explosion occurred at about 2:48 pm after a fire broke out in a plant owned by Jiangsu Tianjiayi Chemical Co.

Fifty-six bodies had been identified as of Monday, with 22 remaining to be identified. Of the 28 people previously reported to be missing, 25 have been confirmed dead after DNA tests. The other three had been confirmed safe, Cao said at a news conference on Monday afternoon.

As of noon on Monday, 566 injured people remained hospitalized, including 13 in critical condition and 66 with severe injuries, he said.

Medical monitoring at hospitals near the blast site found no signs of chemical poisoning in the patients, Cao said.

A team sent by the Ministry of Ecology and Environment has been guiding environmental response measures at the explosion site, with more than 30 experts in environmental monitoring and treatment of water, solid waste and soil supporting the effort, according to a statement from the ministry.

All three waterways linking a local river to the industrial park where the plant is located were dammed up to prevent polluted water from entering the river, the ministry said.

Eighty-nine houses that were seriously damaged will be demolished, and residents will be resettled as they wish, such as moving to a city or nearby towns, or having their houses rebuilt at the original site, according to the rescue headquarters.

Another 863 houses with lesser damage will be reinforced, while those with slight damage, such as broken doors or windows, will be repaired within a week.

After the blast, the Work Safety Committee of the State Council issued an urgent order that a thorough examination of potential hazards of dangerous chemicals across the country must be undertaken. All chemical industrial parks must have a risk assessment, it said.

Authorities involved in production safety nationwide are required to conduct careful inspections of processing plants involved in nitrate chemical reactions and of enterprises that produce or store nitrate compounds, according to a release from the central government on Monday. Such reactions can involve dangerous compounds such as benzene and toluene.

Authorities should "make law enforcement bite, and severely punish those enterprises and individuals that are indifferent to laws and lives", it said.

To help improve supervision at the grassroots level, the committee has called for sending more experts to such places to offer guidance. Undercover inspections are also to be used.

Ten schools where classes were suspended after the blast reopened on Monday morning. Though small glass fragments could still be seen on the ground, all broken windows and doors had been fixed.

Gong Yansen, deputy director of Xiangshui's education bureau, said all school buildings had been checked to ensure their safety.

"There are more than 2,000 students in the 10 schools," he said. "Among them, 136 were injured by the explosion. Most of them had slight wounds from broken glass and have returned to school today."

Zhou Mohan, 12, who studies at Chenjiagang Central Elementary School, said she was glad to see her classmates.

"Younger students in lower grades were screaming after the explosion, but we big girls and boys were brave," she said. "Some of our classmates have been sent away to other places, but I hope to see them soon."

The county arranged two or three psychologists for every affected school.

The provincial environmental monitoring center has sent six teams to monitor and guarantee the safety of the air around the 10 schools. It said all results showed the air was clean.

Wu Yuegui, who lives in Liugang village about 3 kilometers from the blast site, sent his 13-year-old grandson back to school on Monday.

Wu said he had considered sending the boy to join his parents, who work in Suzhou. But Wu dropped the idea because he and his wife don't want to leave their hometown, and it could bring trouble to the boy's parents.

He said he would move far from the chemical park if he could afford an apartment downtown.

"If the chemical plants remain here, I won't feel safe," he said.