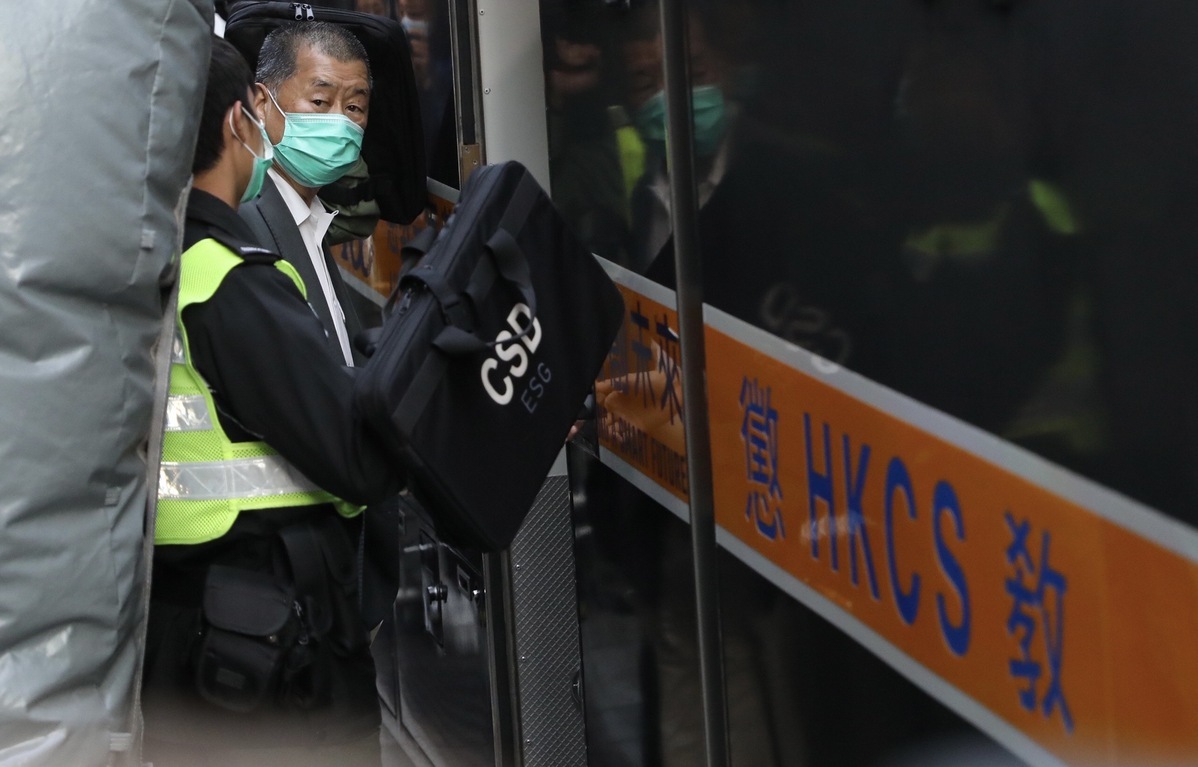 Jimmy Lai Chee-ying, who has been charged with crimes including fraud and colluding with a foreign country or external elements to endanger national security, leaves the Court of Final Appeal in Hong Kong on Feb 1, 2021. (Photo: Xinhua)

HONG KONG - Jimmy Lai Chee-ying and eight other anti-China Hong Kong disruptors appeared in court on Tuesday for their involvement in an illegal assembly in Hong Kong.

The defendants, also including Martin Lee Chu-ming, Albert Ho Chun-yan, Au Nok-hin and Leung Yiu-chung, were charged with organizing and participating in the illegal assembly in August 2019. The proceedings are expected to last for 10 days in West Kowloon Magistrates' Courts.

Au pleaded guilty to the two charges and Leung only acknowledged the guilt of participating in the illegal assembly. Other seven suspects, including Lai, pleaded not guilty.

Their case was adjourned to Wednesday for the defense to submit related reports.