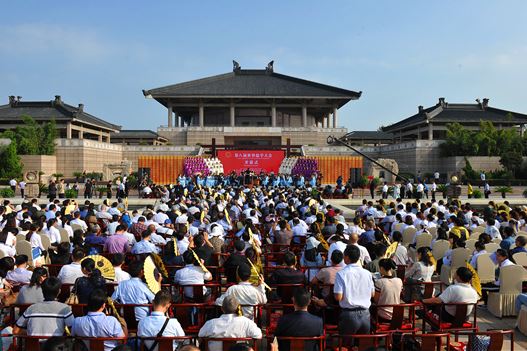 JINAN, Nov. 30 (Xinhua) -- The 2019 International Confucianism Forum opened Saturday in the city of Qufu, the birthplace of Confucius in east China's Shandong Province.

More than 150 experts and scholars from nearly 100 universities and research institutions worldwide are expected to exchange views on the contemporary value of Confucianism and the Eastern wisdom in realizing peace and development of humanity through 24 group meetings.

Themed "Confucianism and Human Peace," the two-day event is jointly held by the Nishan World Center for Confucian Studies, Renmin University of China, and the Chey Institute for Advanced Studies from the Republic of Korea.

An educator and philosopher, Confucius (551-479 BC) founded a school of thought, deeply influential on later generations, known as Confucianism. He was also the first to set up private schools in China that enrolled students from different social classes.