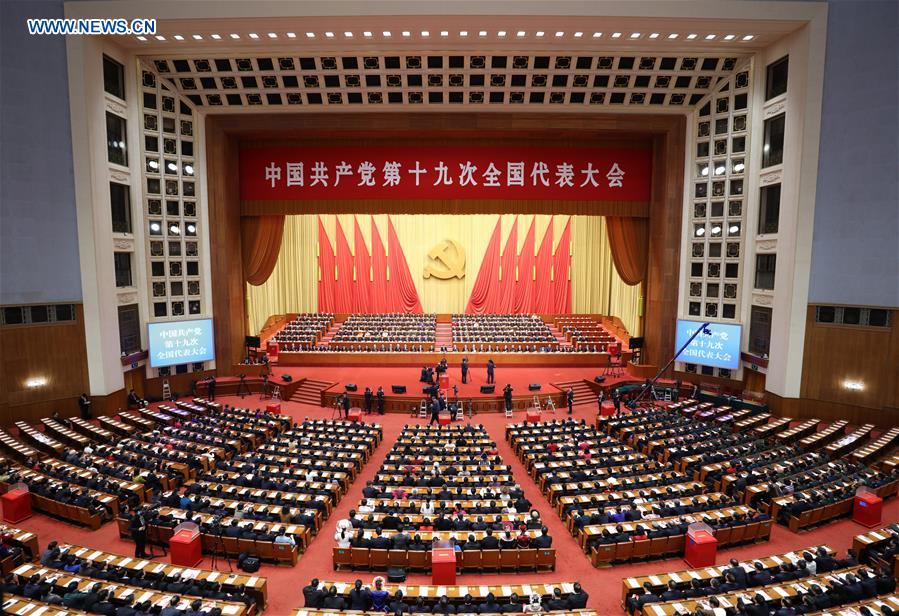 The Communist Party of China (CPC) earlier this month launched its first training session for provincial and ministerial officials, also known as the "key few," since the 19th CPC National Congress concluded in October.The program at the CPC Central Committee Party School is expected to train provincial CPC chiefs, governors and ministers in seven education sessions from December until April of next year.The program aims to help these leading officials better study and implement Xi Jinping Thought on Socialism with Chinese Characteristics for a New Era as well as the spirit of the 19th CPC National Congress.Addressing the opening of the session Wednesday, Wang Huning, a member of the Standing Committee of the Political Bureau of the CPC Central Committee, required officials to apply what they learn in implementing decisions and policies of the CPC Central Committee and urged a spirit of "driving nails.""'Driving nails' refers to perseverance, precision, the ability and willingness to act right away," said an official taking the courses who was not willing to be identified.The 89-million-member CPC is leading China toward a final victory in finishing the building of a moderately prosperous society in all respects and building a great modern socialist country by the middle of the century, as detailed in a blueprint unveiled during its 19th National Congress."It (the blueprint) entails new responsibilities and achievements in a new era," said Professor Wang Yukai, with the Chinese Academy of Governance.Such intensive training sessions are important for senior officials to gain a systematic understanding of the congress spirit, adapt to a way of thinking for the new era, apply new development concepts and better advance reform, he noted.Under China's political system, provincial and ministerial officials play a key role in the country's governance. And policies can only achieve their designed effects once they are instilled into each level of governance.For more than a decade, the CPC has arranged special education programs for provincial and ministerial officials, which are usually devoted to a significant strategy of the CPC Central Committee.Since the 18th CPC National Congress in November 2012, the CPC Central Committee Organization Department has directly sponsored more than 1,100 sessions at the Party School, with total attendance of more than 65,000 officials, including 7,180 at the provincial and ministerial level.According to the agenda of the ongoing session, participants will study Xi's speeches and attend lectures and discussions.Many heavyweights have been invited to give lectures, such as Chen Xi, head of the CPC Central Committee Organization Department, and Huang Kunming, head of the CPC Central Committee Publicity Department."The 'key few' are just like locomotives," said netizen "caogendaren" on microblog Weibo. "Only when the locomotives are heading in the correct direction can we ensure the train marches forward without deviation or derailment."