Representatives from navies around the world have welcomed the call by China's President Xi Jinping to build a maritime community with a shared future, calling the concept a useful way to promote maritime security, peace, and order.

President Xi proposed building a maritime community with a shared future ahead of the multinational naval parade in Qingdao on Tuesday.

At a high-level seminar following the parade, Shen Jinlong, the commander of the Chinese navy, promised that China's navy will actively shoulder its international responsibilities. 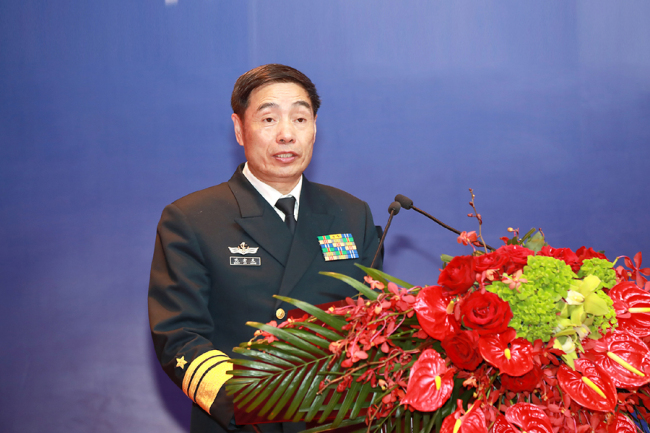 Shen Jinlong, the commander of the Chinese navy, speaks at the seminar on Building a Maritime Community of Shared Future in Qingdao on Apr 24, 2019. (Photo: China Plus)

"The Chinese navy is ready to work with the navies of other countries to build a new type of cooperative partnership for maritime security, to strengthen coordination and cooperation in maritime operations, to deepen collaboration in maritime public security, and to advocate for international rules," Shen said.

Many of the representatives of the world's navies expressed their willingness to deepen cooperation among their counterparts. 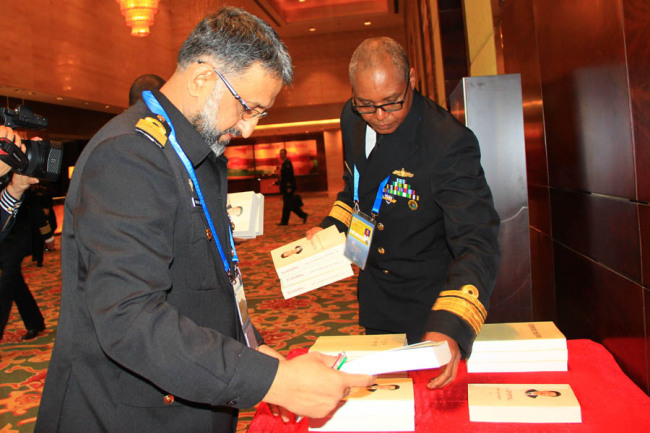 Representatives of foreign navies pick the work by Chinese President Xi Jinping at the seminar on Building a Maritime Community of Shared Future in Qingdao on Apr 24, 2019. (Photo: China Plus)

Lieutenant Nikolaos Tsoumis is the chief of staff of the Greek navy. He said that President Xi's proposal accords with the maritime order that all countries should obey.

"This is a very good initiative. We must abide by the United Nations convention on the Law of the Sea, so that all disputes can be resolved through dialogue," Tsoumis said.

50 ships from China and overseas took part in Tuesday's parade.

Xu Jianfeng is the leading political officer on the Guiyang, one of the Chinese vessels that took part in the event. He looks forward to an enhanced understanding and deeper friendship among the world's navies. 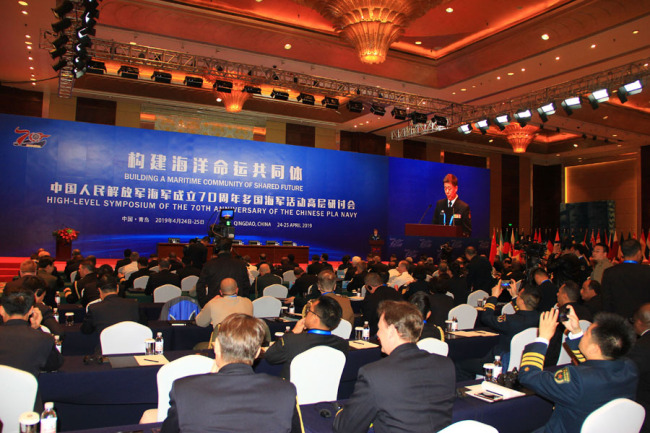 The photo shows the representatives of Chinese and other countries' navies attend the seminar on the theme of Building a Maritime Community of Shared Future in Qingdao on Apr 24, 2019. (Photo: China Plus)

And during his first visit to Qingdao, the Polish navy rear admiral Jaroslaw Ziemianski said the event provided a good platform for the navies of various countries to strengthen their communication and understanding.

"This is a good occasion, it's an excellent venue to share our experience, knowledge, and our approaches, and our perception of maritime security, not only regionally but globally. It is also important for the smaller navies within our region to share their vision and be able to grasp something from our countries," Ziemianski said.

The Qingdao naval parade was a part of the activities to celebrate the 70th anniversary of the founding of the People's Liberation Army Navy.