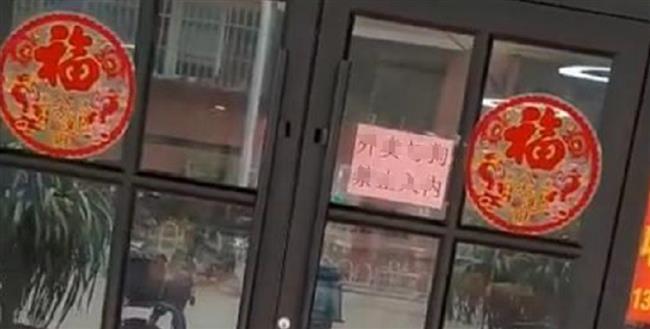 The notice reads "Waimai (deliverymen) and dogs are not allowed inside." (Photo: Agencies)

People in charge of an Internet bar located in the city of Tengzhou in east China's Shandong Province have apologized for a notice posted on Saturday on its entry door reading "Waimai (deliverymen) and dogs are not allowed inside," The Paper reported.

They said they sincerely felt sorry for the deliverymen and asked for forgiveness in an apology letter released on Saturday, admitting "the impulsive behavior was stupid." They promised to "learn about the law" and "respect others" in the future.

The notice was posted on Saturday afternoon by one of the venue's employees after a dispute over an entry problem with a deliveryman, according to an investigation conducted by the city's culture and tourism bureau.