Internet courts in Beijing, Guangzhou to start operation this month 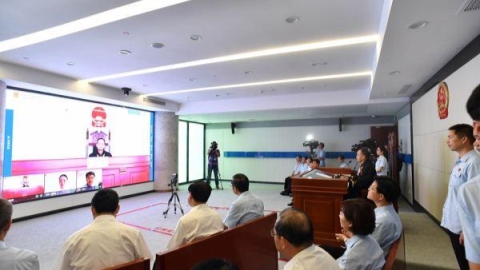 Internet courts in the two cities, where e-commerce is booming, are aimed at developing an efficient, orderly and convenient Internet-based court system so as to modernize the country's judicial system, the SPC statement said.

According to the regulation, internet courts mainly handle civil and administrative cases related to the Internet, such as contract disputes involving online shopping, service and small loans, copyright and infringement lawsuits, domain name disputes, and some administrative lawsuits.

The courts should run the proceedings largely online, which means filing the lawsuit, mediation, exchanging evidence, hearing and announcing the judgment will all be conducted through a customized Internet platform. The hearing will be done through live streaming on the same platform.

Internet courts can open the trial offline when the judges need to identify parties involved face to face and examine evidence. Other parts of the court proceeding can also be conducted off the line, upon the request of the parties involved and the needs of the trial.

In the past year, the Hangzhou internet court has heard about 12,000 cases and closed about 10,600, according to the SPC statement.

In the Hangzhou court, each hearing, conducted online, takes about 28 minutes on average, about 40 percent of a traditional offline hearing, and the court proceeding of each case lasts about 41 days, half the time needed for a normal case, the statement said.