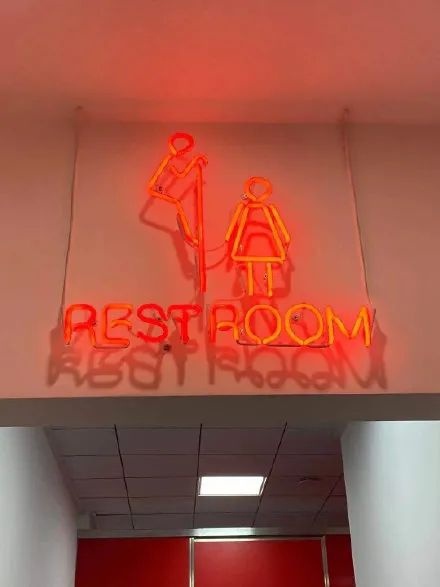 An internet-famous Cantonese restaurant in Shanghai provoked outcry among netizens as its restroom displayed a sign implying sexual harassment during world toilet day on Thursday.

The controversial restroom sign in the Flushing Cantonese bistro showed a man clinging over the baffle to peek at women.

A customer took the picture and posted it on a WeChat group with the restaurant's owner Charles Zeng, describing the sign as being ambiguous and uncomfortable. But Zeng countered that it was just humor. The incident spark heated discussion on Chinese social media Sina Weibo.

On Weibo, the number of outraged netizens seemed to far outnumber those who thought it was humorous. Netizens commented that such "sexual harassment" sign is not only an offensive to women, but also to men, stereotyping men as "disrespectful," "borderless," and "willing to spy on women going to the bathroom."

At present, the Flushing Cantonese bistro has taken the sign down and Zeng has publicly apologized, saying his misjudgment and lack of consideration have brought discomfort and trouble to the customers.