China's Internet has played a key role in winning the battle against the COVID-19 epidemic in the country in the face of the sudden outbreak in 2020, a report on the country's internet development said Wednesday. 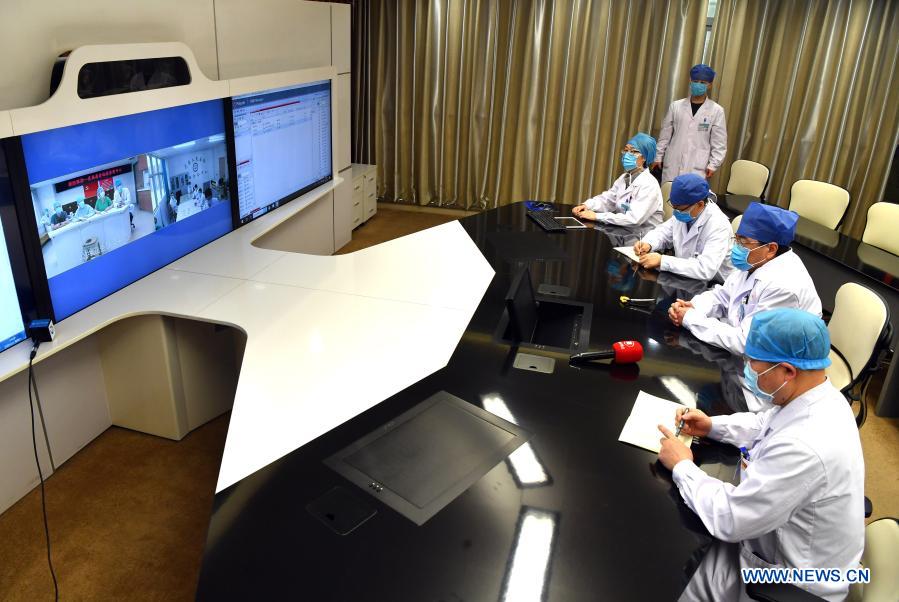 In 2020, China's Internet industry has played an active role in resisting the COVID-19 epidemic and the normalization of epidemic prevention and control, according to the 47th bi-annual statistical report from the China Internet Network Information Center (CNNIC).

The internet has made counter-epidemic measures more effective. According to the CNNIC report, nearly 900 million people have applied for health QR codes launched by the national integrated online government service platform.

The health QR code on the platform has been used 40 billion times to facilitate the control of the novel coronavirus and work resumption. People can move between different provinces and cities with the QR code in most of the country.

China has also developed its online government service in 2020. The report cited the UN E-Government Survey 2020, saying that China's E-Government Development Index (EGDI) ranked 45th in 2020 from 65th in 2018, moving from the high to the very high EGDI group in the year.

People can get access to more government services online, reducing the risk of exposure during the epidemic. The number of real-name users on the platform reached 809 million by the end of December 2020.

The internet has ensured the sound development of society during the epidemic. Since the outbreak, many major online education platforms have launched various free live courses for students to learn from home, and the number of users has grown rapidly.

Data from the report showed that the number of online education and online medical users in China reached 342 million and 215 million as of December 2020, accounting for 34.6 percent and 21.7 percent of the total netizens, respectively.

"The internet will further play an important role in promoting economic recovery, ensuring social development, and promoting international anti-epidemic cooperation in the future," said the report.

Many Chinese people stayed indoors during the epidemic to prevent crowding and to control the spread of the virus. The thriving e-commerce industry and food delivery service in China made their lives easier.

The report said that since 2013, China has become the world's largest online retail market for eight consecutive years. In 2020, China's online retail sales reached 11.76 trillion yuan (1.82 trillion US dollar), an increase of 10.9 percent over that of 2019.

Online payments also contributed to such a huge number. More offline payment scenarios have been migrating online because of the epidemic.

The number of online payment users in China reached 854 million, accounting for 86.4 percent of total Internet users, according to the CNNIC report.