CHINA Interview: China's commitment to further opening up "a step in the right direction" -- UNCTAD chief

Interview: China's commitment to further opening up "a step in the right direction" -- UNCTAD chief 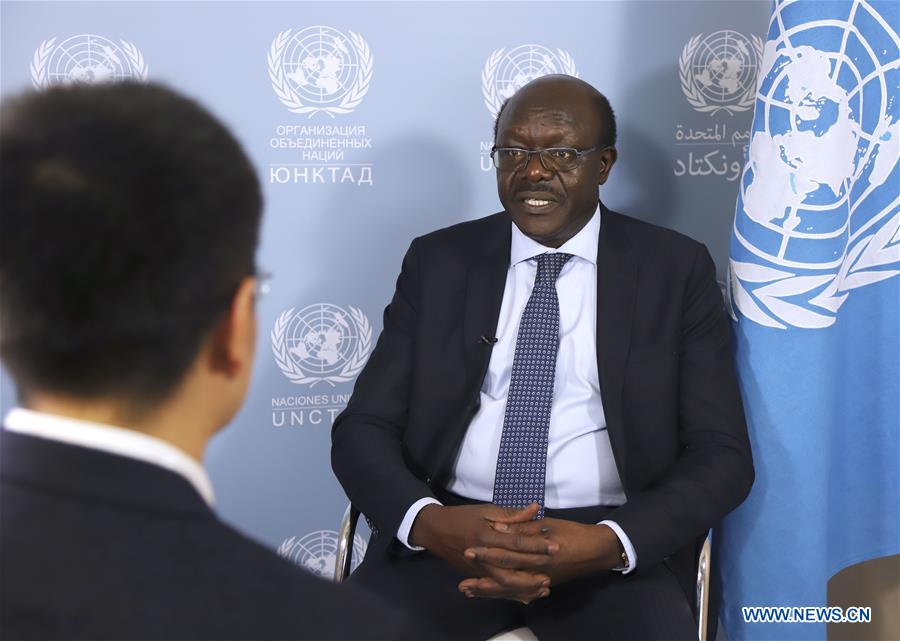 Secretary-General of the United Nations Conference on Trade and Development (UNCTAD) Mukhisa Kituyi (R) receives an interview with Xinhua at Palais de Nations in Geneva, Switzerland, Nov. 4, 2019. Kituyi hailed China's commitment to further opening up as "an important statement forward" and "a step in the right direction". (Photo: Xinhua)

GENEVA, Nov. 6 (Xinhua) -- Secretary-General of the United Nations Conference on Trade and Development (UNCTAD) Mukhisa Kituyi hailed China's commitment to further opening up as "an important statement forward" and "a step in the right direction".

In a recent interview ahead of his departure for the second China International Import Expo (CIIE) in Shanghai, Kituyi said that compared with last year's event, the second CIIE has "substantially expanded in attendance and ambition."

The expansion "represents a vote of confidence" by participants, and many developing countries see the expo as a significant market opening for them, he added.

The UNCTAD is a permanent intergovernmental body established by the UN General Assembly to assist developing countries in their efforts to integrate into a globalized economy.

Expecting more orders and more exposures for small- and medium-sized enterprises (SMEs) of developing countries during the expo, Kituyi envisioned "a larger discussion about strengthening partnerships" in a long run.

"Chinese enterprises, which have been very significant players in investing in infrastructure in many developing countries, can follow this up with partnerships to build productive capacity in those territories," he said.

At a time when we are seeing major players "look inward" or look for protectionism which excludes others, China advocates that "we embrace international solidarity, We open up opportunities in our economies for greater and deeper engagement", Kituyi said.

"It's a vote of confidence in multilateralism and international cooperation, and I think the world needs that significantly at this moment", Kituyi noted.

The secretary-general said that China has set a model in the past years with its sustainable growth through an optimized global market. Domestically speaking, China has traded out of poverty, and meanwhile opened up opportunities for other countries worldwide.

Kituyi also warned that "the re-orientation of production networks and the disruptions to global value chains impact very strongly on the most vulnerable members of the network of producers."

"The restatement of the sanctity of multilateral rules-based open trading system is one of the most significant solution to this challenge," he said.