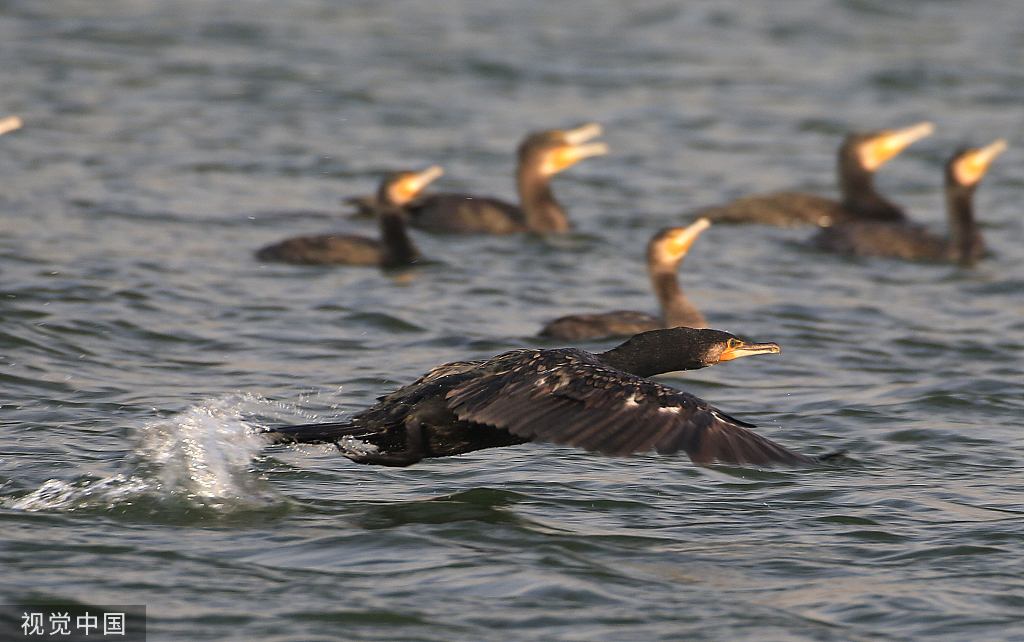 The Hutuo River Wetland is home to tens of thousands of wild ducks and several black storks. (Photo: VCG)

Police in northern China's Hebei province have launched an investigation into a poisoning incident in a wetland, local authorities said Friday.

Environmental volunteers said that they found pesticides in more than 30 locations in the Hutuo River Wetland in Pingshan county during a routine patrol early this week, with dead wild ducks spotted on the site.

They reported the clues to the local public security department, who later launched an investigation into the case.

The Hutuo River Wetland is home to tens of thousands of wild ducks and several black storks (Ciconia nigra).

Black storks, under first-class state protection in China, are also on the red list of threatened species by the International Union for Conservation of Nature.

Only about 1,000 such birds are known to exist in China, and there are about 2,000 living around the world.

Police have teamed up with local forest public security, natural resources and water resources departments to investigate the case and intensify patrols in the wetland.