CHINA Inviting Taiwan to join PALS a provocative move by US, Japan: experts

Inviting Taiwan to join PALS a provocative move by US, Japan: experts 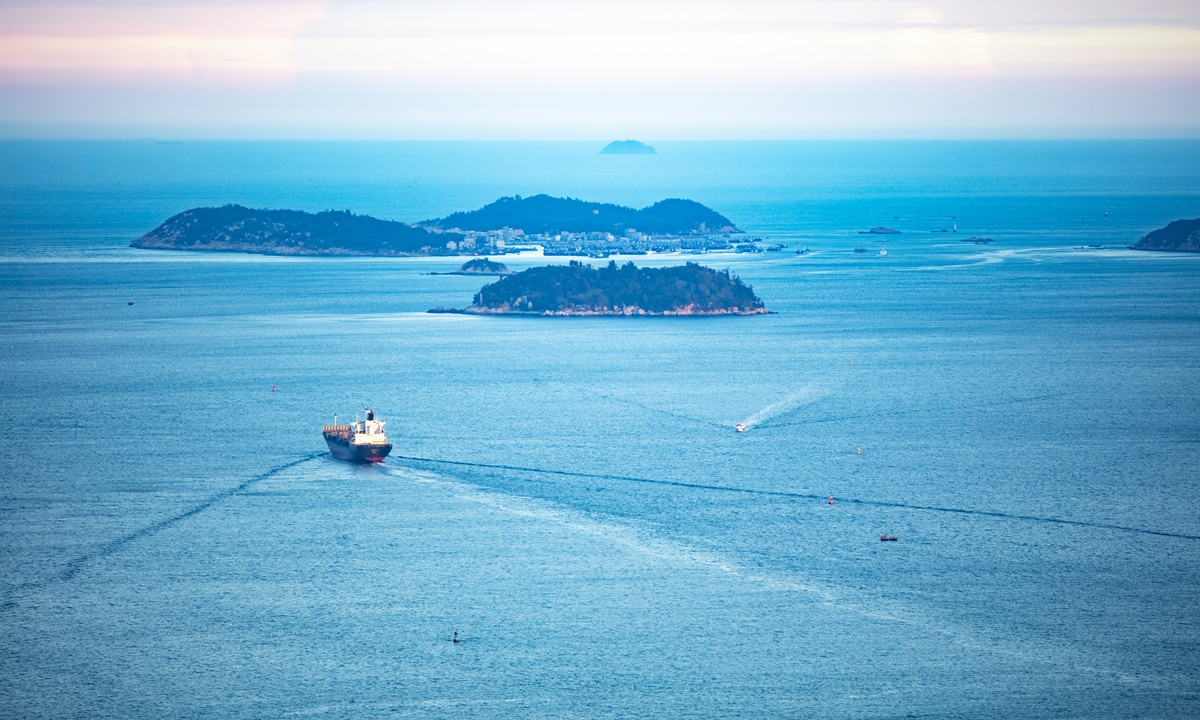 A view of the Taiwan Straits is seen from Xiamen port, in East China’s Fujian Province. (Photo: IC)

Inviting the island of Taiwan to join the Pacific Amphibious Leaders Symposium (PALS) as an observer shows the hosts, the US and Japan, are upping the ante in consolidating military ties with the island and egging on Taiwan secessionism, said military experts.

This year’s PALS opened in Tokyo, Japan on Tuesday. The 2022 symposium brought together senior leaders from 18 militaries, and it is the first time that the symposium is being held in Japan. This year’s symposium is co-hosted by Japan's Ground Self-Defense Force and the US Marine Corps Forces.

Under an invitation from the US, four people from Taiwan’s defense authorities joined the event, and in a move that experts suspected was intended to maintain a “low profile,” the participants from the island did not dress in military uniforms.

Representatives from the island of Taiwan took part in the symposium in 2015, when the event was first held in Hawaii.

Military experts said it is “no surprise” that Taiwan was invited to this year’s symposium, especially at a time when the US and Japan are edging up their efforts in interfering in the Taiwan question.

The US and Japan’s action is very provocative as they have invited China’s Taiwan into a formal defense exchange, which also reveals their plan to push forward military exchanges with the island to boost its military capacity step by step, Song Zhongping, a Chinese military expert and TV commentator told the Global Times.

With Taiwan joining such a symposium, the US and Japan will continue to egg on secessionism in the island, said Song.

Stability in the Taiwan Strait was among the regional topics discussed by US President Joe Biden and Japanese Prime Minister Fumio Kishida during their bilateral talks in Tokyo last month.

Japan is expected to station a serving military staff member on the island of Taiwan for the first time to enhance intelligence-gathering abilities, Japanese newspaper Sankei Shimbun reported earlier this month. The information was neither confirmed nor denied by the Japanese authorities.

Experts warned that if true, it would be an attempt to pull the chestnuts out of the fire by Tokyo, but it should always remember that whoever plays with fire will get burned.

The symposium lasts from Monday to Thursday, and military equipment from the US and Japan will be presented, including the M142 High Mobility Artillery Rocket System and V-22 Osprey.

Song pointed out that the symposium is also an advertisement fair for weapons as the US and Japan hope to squeeze money out of Taiwan by luring the island to buy more weapons.