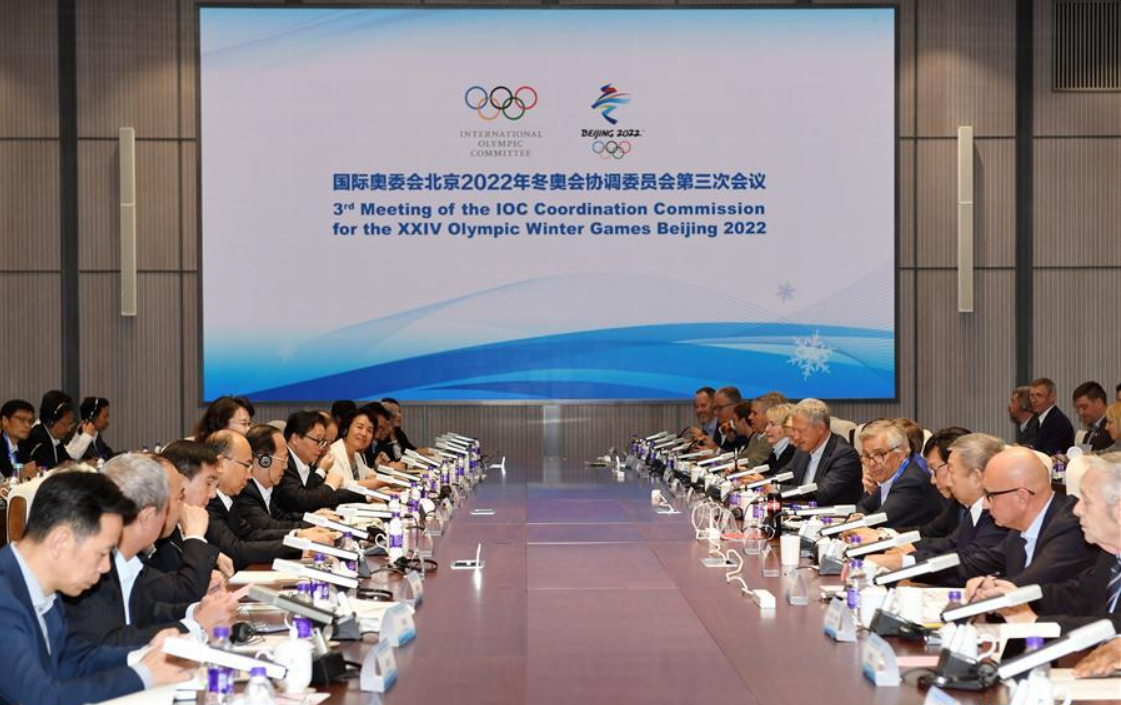 BEIJING, Sept. 17 (Xinhua) -- The International Olympic Committee (IOC) Coordination Commission is very confident in the Beijing organizing committee's abilities ahead of its third trip to China to review preparations for the Beijing 2022 Olympic Winter Games here on Monday.

"At this stage, you have done more than could be expected. We feel very confident of what is going on," Commission Chair Juan Antonio Samaranch said in his opening speech at the start of the two-day meeting.

"These Games have to be the most intelligent Games ever. With the experience of Beijing 2008, I'm sure about the legacy of accommodations, infrastructure, sports venues and environmental issues. But Beijing 2022 is going to create a legacy far more important than that," he said.

When bidding for the 2022 Winter Games, Beijing has drawn a vision that the host of the Games will boost winter sports across China and has made a promise to encourage 300 million people to participate in winter sports around the country.

The meeting was held at the Shougang Industrial Park, which is a former steel mill that was closed down in 2008 ahead of the Olympic Games. It is now the location of the organizing committee's headquarters and is the location for Big Air in 2022.

"Four years before the Games, you have already delivered the Shougang Park, which is a demonstration of transforming industrial sites into the future, into sports events, and into a place where people can enjoy life and play," Samaranch said.

The National Aquatics Center or the "Water Cube" will be transformed to host the curling event at Beijing 2022.

"You can see now the plans for the 'Ice Cube'. It's impressive to know there is going to be a permanent legacy to switch to 'Ice' from the 'Water Cube'. Today we went to Shougang Park, where you see the transformation of the city and what these Winter Games are going to do for Beijing and China. It's a unique example of legacy four years before the Games," Samaranch said.