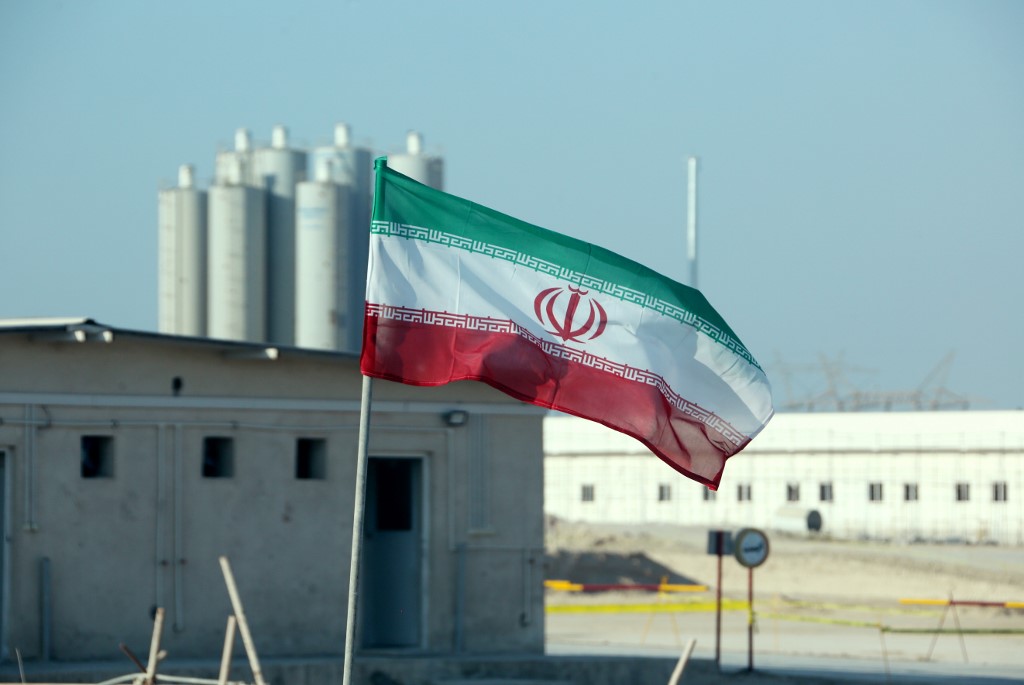 A picture taken on November 10, 2019, shows an Iranian flag in Iran's Bushehr nuclear power plant, during an official ceremony to kick-start works on a second reactor at the facility.

Iran’s official news agency IRNA on Sunday reported that Iran will no longer set restrictions on the number of centrifuges.

“Iran explicitly showed its political will to fulfill its nuclear commitments. Therefore, we believe Iran didn’t fail its duties stipulated in the Treaty on the Non-Proliferation of Nuclear Weapons,” said Geng.

The source of current tensions around Iran’s nuclear program came from Washington’s unilateral exit from the 2015 deal and its “maximum pressure” policies later on, Geng said.

China urged all parties involved in the deal to stay reasonable and restrained and move along the path of political negotiations, Geng said.