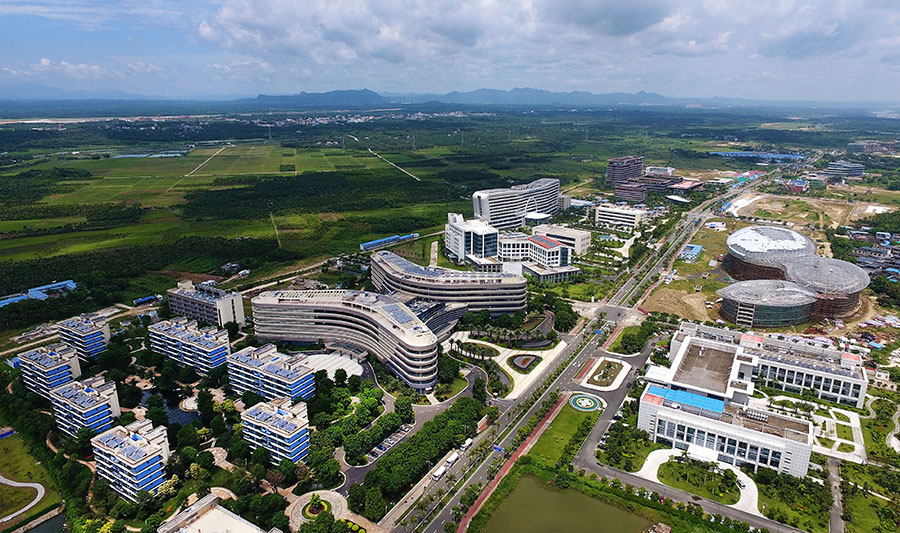 Under the central government plan, Hainan has been given the tasks of completing important development steps by next year, establishing a basic free trade port system by 2025 and having a world-class free trade port by 2035.

Established in 1988 as the country's largest special economic zone-Hainan, covering an land area of 35,400 square kilometers-has long been at the forefront of China's reform and opening-up.

The island has piloted 100 reforms over the past 31 years, according to the provincial government.

They include the joint-stock system in public companies, the introduction of the "small government, big society" administrative system, and an integrated planning strategy to protect ecological resources while promoting social and economic development.

Despite the reforms, Hainan still lags behind developed countries and regions, Liu said.

Future reforms should give full play to the role of the market in allocating resources, promoting liberalization of investment and trade, the free flow of funds and people, and accelerate the development of a unified market environment.

Liu said Hainan has made institutional reform a central plank of high-quality development of the Hainan FTZ, the nation's 12th such zone and 32 times the size of Hong Kong.

Sun Dahai, deputy secretary-general of the Communist Party of China Hainan Provincial Committee, said to date 42"institutional innovations" have "proven original, effective and able to be copied by other areas in the country".

One cited by the State Council as a model reform is the simplification and speeding up of business registration. Using a smartphone, registration can be completed in about 30 minutes with no need to go to commercial registration offices.

Reforms at the Boao Lecheng International Medical Tourism Pilot Zone in eastern Hainan are helping to attract the latest technology, equipment, medicine and top doctors from home and abroad.

The progress has meant many local people with serious illnesses no longer have to travel elsewhere for treatment, according to pilot zone officials.

The hospital is one of eight in the pilot medical tourism zone that offers treatments raging from the removal of tumors to plastic surgery.

Boao Super Hospital has attracted 19 academicians and their teams to sign up.

Since setting up in March last year, they have achieved 10 landmarks in the medical field.

Lin Ping, an official with the zone, said it had attracted 24 foreign medical technology companies and 36 overseas doctors from countries including the United States, Germany, Japan and South Korea. A total of 55,000 patients have been treated at hospitals in the zone since last year.

Li Lanjuan, president of the Boao Super Hospital, said due to the preferential policies and advanced medical technology, equipment and medicine from overseas, the hospital was "three to five years ahead of other places in the country".

But the policy of leveling high security deposits of 7.6 million yuan for yachts valued by customs at 20 million yuan or over has scared many tourists away.

Hainan recently became the nation's first province to introduce tariff-guarantee insurance for overseas yachts to reduce the cost of visits. Owners of foreign yachts now only need to pay about 10,000 yuan to an insurance company upon entering Hainan's territory.

Every winter, Hainan's warm climate and subtropical vegetation attract about one million "migratory birds"-retirees and skilled professionals escaping the cold weather in other parts of China.

An innovative program intended to make up for a shortage of qualified talented people sees Hainan authorities pay the skilled visitors-some of them are highly qualified academics-a modest stipend to meet their living expenses for the length of their stay.

In return, they train and educate university students majoring in key sectors such as tourism, agriculture and the service industry.

More than 1,500 experts-including scholars with national honors and teachers from abroad-have joined the program with 100,000 students benefiting, said Cao Xiankun, director of the provincial Education Department.

"The new mechanism has also led to about 100 joint scientific research projects, bringing in the latest information and high-end talent that are much needed in Hainan," she said.

Chi Fulin, president of the China (Hainan) Development and Reform Institute, said as an important "field of experiment" for the country, Hainan needs to pursue reform and innovation, especially in the fields of taxation and finance, to attract international business and allow the free flow of goods, funds and talented people.

In the past year, many major international and local companies such as PricewaterhouseCoopers, Ernst & Young, Alibaba, Tencent, China Tourism Group, Temasek, General Electric and Qualcomm, have established businesses in Hainan.

Thirty Chinese and overseas companies have taken a step further and established their headquarters on the tropical island.