CHINA It's funny, but no joke for female comedian

It's funny, but no joke for female comedian 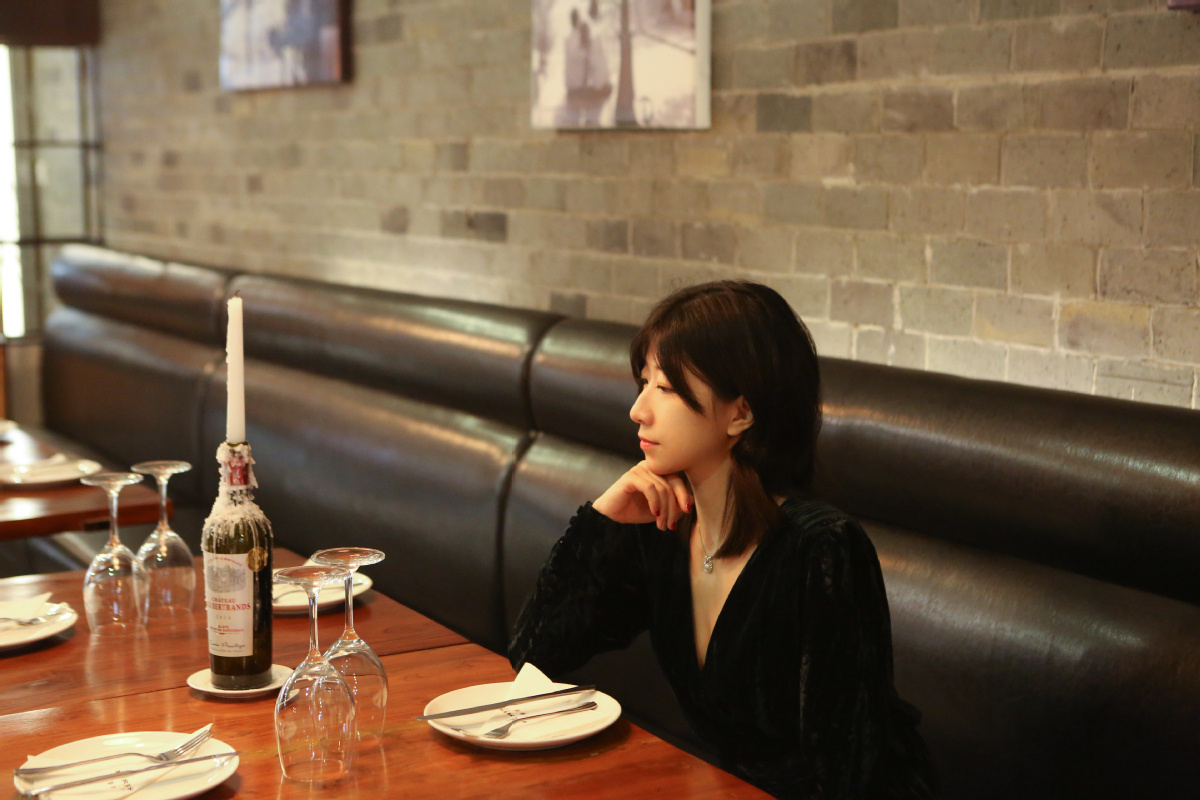 It's no joke being a female stand-up comedian. In any other walk of life you would be judged a failure if people laughed out loud at your work. But all joking aside, one Shanghai comedian is making a success of it.

Working as a sales director in the daytime, Yang Mengqi (also known as Norah Yang) does stand-up at various clubs and pubs at night in Shanghai. She performs both in English and Chinese.

In a world of stand-up comedy dominated by men, the 32-year-old admits the journey was exactly a belly of laughs.

"Compared to our male counterparts, female comedians face greater challenges," Yang says. "We have to handle some topics, which are considered-in the traditional point of view-indecent for a woman to speak of, in a smart way."

She hopes that more women can show their talent onstage.

Breaking into the spotlight in late 2016, Yang has performed hundreds of shows across China, the United States, Thailand and Japan. She has opened for big-name touring acts, including Mark Normand and Kate Willett. She attended the 2018 San Francisco Comedy Competition.

She has gone viral on social media after participating in the ongoing season of Rock and Roast, a show to promote stand-up comedy culture.

A judge on the show, Li Dan, commented that her act "brings a sense of oppression", claiming she spent too much time talking about her education background and decent job.

Li's comments on Yang have been a hot topic on Zhihu, a Chinese equivalent of Quora, which has been viewed more than 1 million times. 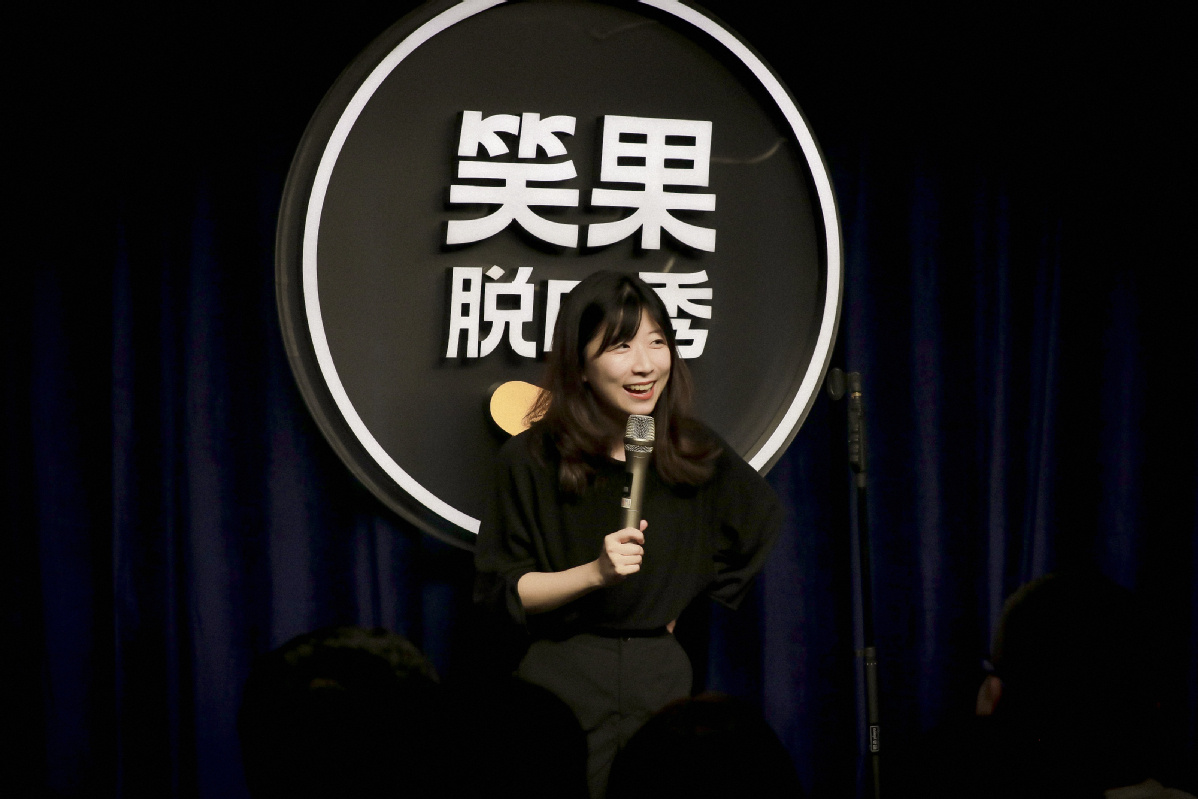 Some netizens commented that good humor should be self-deprecating, reducing distance between the comedian and the audience.

Although shocked at the time, Yang reflects on her performance and says: "The biggest problem was that it failed to make people laugh."

In her later shows, she used Li's comment as her material to laugh at herself. She joked that in many people's eyes, she is a very arrogant Shanghai native, whose daily image is with an identification card in her left hand, a graduation card in her right and property ownership certificates on her waist.

If you cannot get enough of the Amazon's breakout comedy The Marvelous Mrs Maisel, Yang's story is definitely what you expect to read.

Like Maisel, Yang has an idyllic life-born in Shanghai, in a supportive family, been to good schools and a well-paid job. She found her hidden talent after a heartbreaking breakup.

Getting her bachelor's degree in English linguistics and literature in Fudan University in Shanghai in 2010, she graduated from Duke University's Fuqua School of Business in the US for her master's degree in management studies in 2011. Then she worked in Hong Kong for about five years, where she went to her first stand-up show live in English. She came back to work in Shanghai in 2016.

The art form impressed her. When she and her boyfriend broke up, it was like a catalyst that motivates her to explore her hidden talent in stand-up comedy.

"I wanted to break up with the old me and stand-up came to my mind," she says.

Her first English stand-up show at the Shanghai's Kungfu Komedy Club failed to make the grade.

"As the only female comedian, it lasted five minutes with most of the audience being male and foreign. In the first four minutes there was no laugh," Yang remembers.

But the club's owner, Andy Curtain, who is an Australian comedian, encouraged her to come back onstage, believing in her talent.

"It is really important for comedians, especially female, to have someone to encourage them when they first enter the industry," she says, adding that although new comedians come every week, women are easier to drop.

Since then, she has been frequently showing up in nightclubs and bars, but didn't tell her parents what she was up to.

At the beginning, they were worried, "but now they support me. They have inspired more than half of my jokes", Yang says.

But they still think it is not a good career for a woman and may scare men away, because the traditional path expected to be taken by most Chinese women in their 30s is to find a husband and start a family.

But for Yang, "a man who really appreciates me will understand my career, which makes me shine".

Dating back to the 1800s, stand-up comedy has been a popular art form in Europe and North America. Still a new thing in China, open mic nights first emerged in big cities, like Beijing and Shanghai, in 2009.

The successful stand-up comedy shows, such as 80's Talk Show and Rock and Roast, have seen comic style grow roots in China, attracting many young fans. The performance by humorist Joe Wong, born in Jilin province, at the Radio and Television Correspondents' Association Dinner in Washington, has inspired Chinese comedians to bring Chinese humor into the American-style art form.

As a bilingual comedian, Yang gradually gets her own observation and understanding about the difference between English and Chinese stand-up comedies.

"For English and Chinese, it is similar in the topics, such as difference between men and women, conflicts between old generation and young, and regional differences," Yang says.

However, the cultures behind is different, she adds.

One example she explains about the difference is her routine about "ironman". Her joke goes like, "If China stopped exporting iron, there will not be Ironman, there will only be man." It works for English speakers, but not for a Chinese audience, according to Yang.

British online newspaper The Independent described her performance as "there's an international quality to her comedy, coupled with levels of calm and confidence that belie her youth".

For Yang, comedy comes first. In her future plan, she wants to quit her sales director job and focus on her comedian career.