Photos taken in Hefei, southeast China’s Anhui Province, on August 31, show primary school pupils raising their hands in the classroom to answer questions. Many primary and secondary schools across China start the new semester from the end of August and the beginning of September. 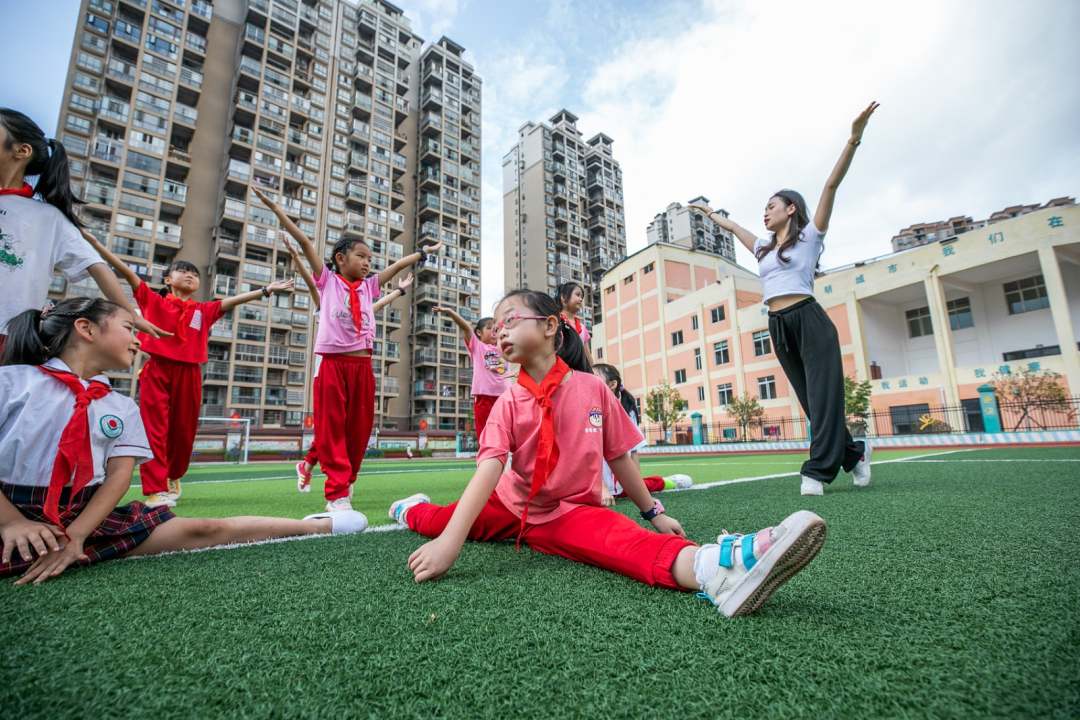 Students are taking a dance class on the playground of the Experimental School in Bijie, southwest China’s Guizhou Province. 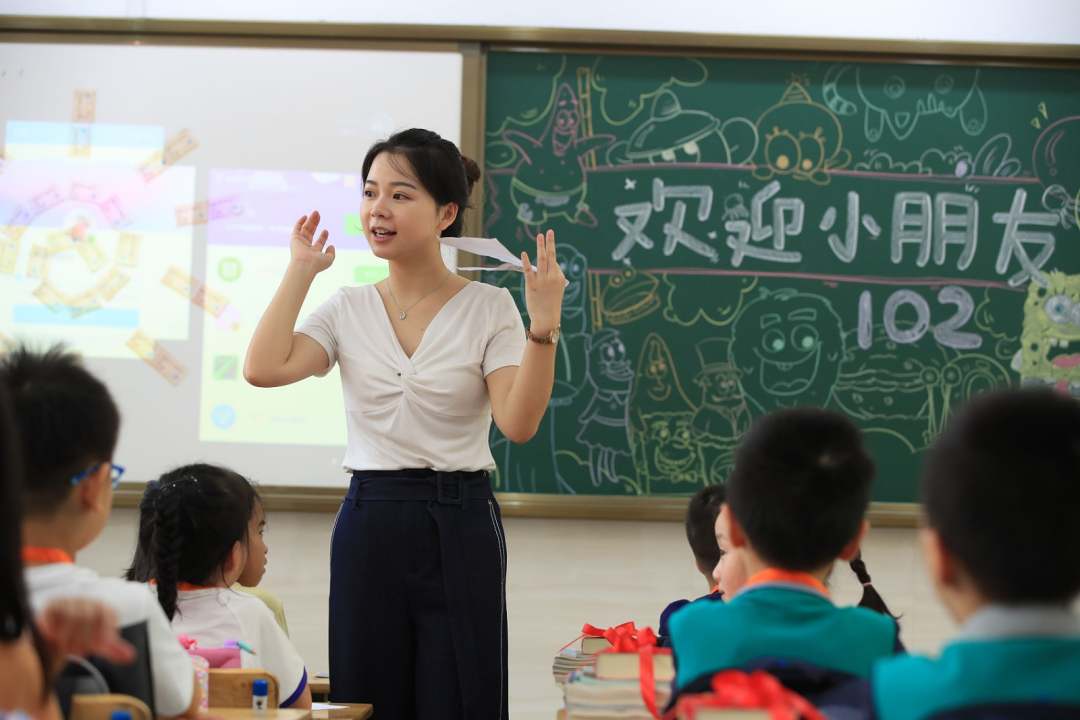 Huang Yuejia, teacher of class 102, is giving the first lesson of the new semester to students at the Sunwenying Primary School in Ningbo, east China’s Zhejiang Province. 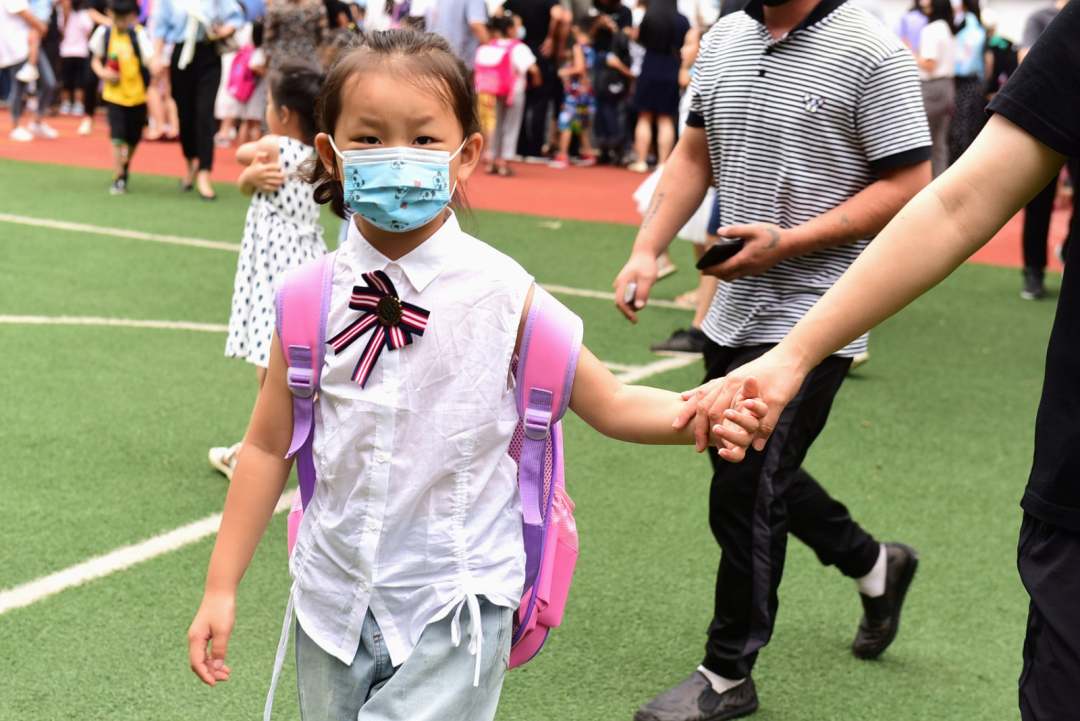 A first-grade primary school student is being led by her parents to the Xinle Experimental Primary School in Shijiazhuang, north China’s Hebei Province. 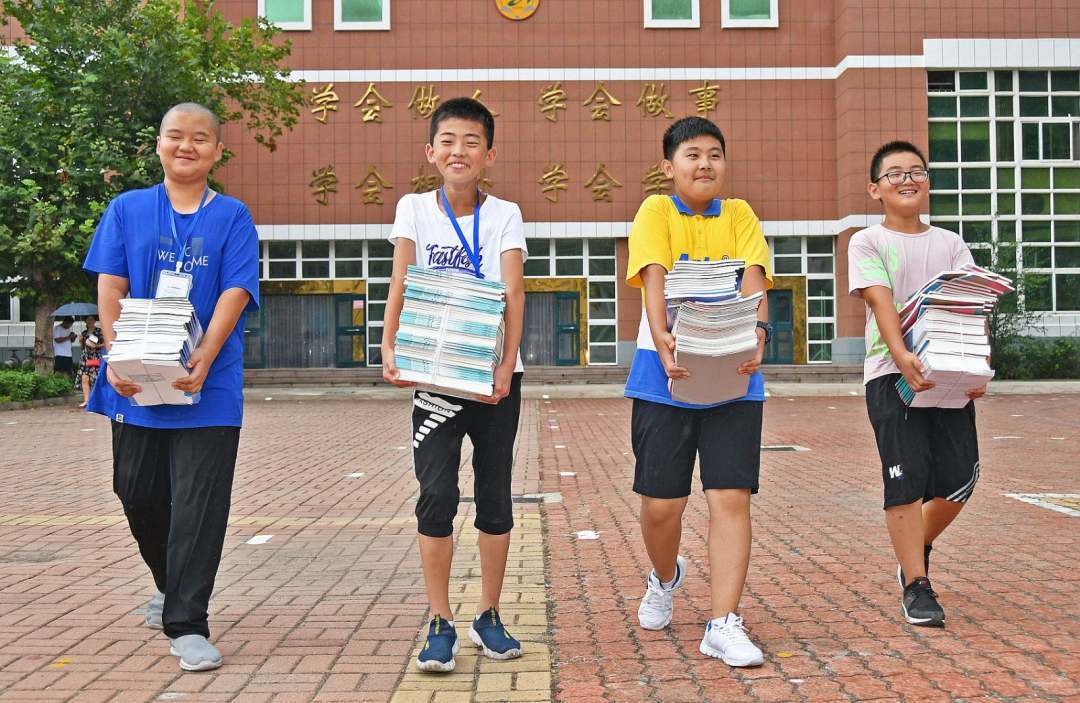