“I am staying here, and I feel safe and confident that China will contain the virus,” Lucia Pasqualini, Consul General of Italy in Guangzhou, said in an interview with Newsgd.com at the beginning of February. 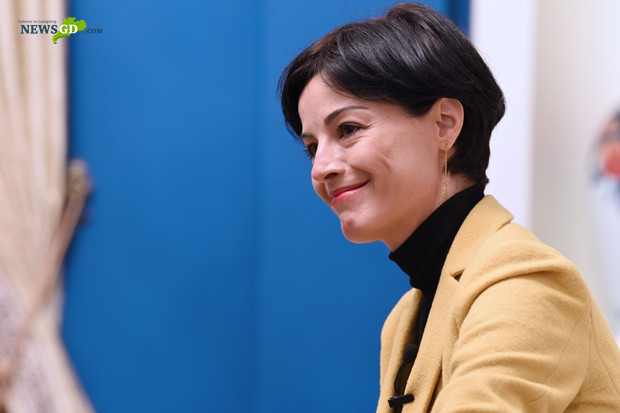 In the interview, Lucia expressed her solidarity and support for all the people living in Hubei province and all the healthcare workers who are fighting against the coronavirus.

“I'm against any kind of racism.”

A video went viral on the internet of a Chinese Italian wearing a mask, with a placard reading "I am not a virus, I am a human" at his side, receiving enthusiastic hugs from passersby who on the streets of Florence, Italy.

Ever since the outbreak of the coronavirus that started first in Wuhan, there have been unpleasant cases of discrimination and violence against the Chinese people being reported.

"Phobias and fears themselves are like a disease spread by the Internet and social media," Lucia insisted. “I'm against any kind of racism. Many people, including me, head coach Fabio Cannavaro from Guangzhou Evergrande and Mr. Marcello Lippi, are all saddened by that." 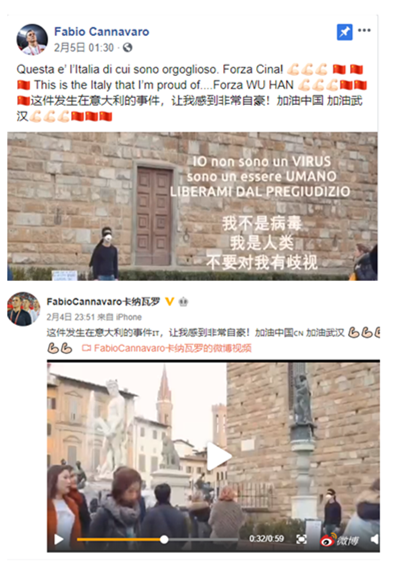 She believes its not general discrimination but only a few ignorant people, however.

"We should work together to create more understanding among peoples," she said.

According to Lucia, several activities have been held to combat discrimination in Italy, in support of the Chinese people. On February 6th Italian President Sergio Mattarella paid a visit to a primary school in Rome which has many Chinese students, and Prime Minister Giuseppe Conte also said discriminatory remarks or deeds against China because of the epidemic are foolish.

Mr. Dario Nardella, Mayor of Florence, posted a video on Twitter in which he hugged a Chinese person, launching the initiative "Hug a Chinese person" to help eliminate the present phobia of Chinese people in the general public and combat discrimination. This initiative was also conducted in Naples by a flash mob.

These are all demonstrative of the friendly sentiments Italy holds towards the Chinese people. "We are very happy about that. We need to be quiet, calm, give support, and don't create panic because it's not useful to anybody," Lucia added.

"China is going to overcome this very difficult situation."

In order to contain the spread of the coronavirus, it was decided that Wuhan, at the center of the outbreak, would be locked down as of January 23rd.

All public transportation, including city buses, subways, ferries and long-distance coaches have been suspended, as have outbound channels at airports and railway stations. Furthermore, citizens can not leave the city without specific reason.

"I am extremely impressed by the efforts from the Chinese authority to contain the virus," Lucia said, "Not just any country is able to lock down a city. This is very impressive and that means that you are able to do things and other countries are not able to do." 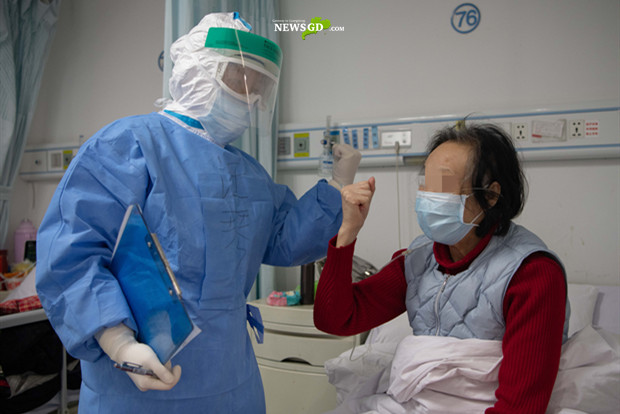 Lucia pointed out that not every country needs to take this initiative, but all need to work together when facing this kind of global healthcare threat. The Italian Consulate in Guangzhou has been cooperating with Guangdong authorities since the very beginning, and receives latest information and instructions for the Italian nationals in the province every day.

“We all stand together undertaking the same mission. And I am sure that China is going to overcome this very difficult situation.”

Last but not least, Lucia voiced her support to both China and Wuhan in Chinese, “Zhongguo jiayou, Wuhan jiayou!”