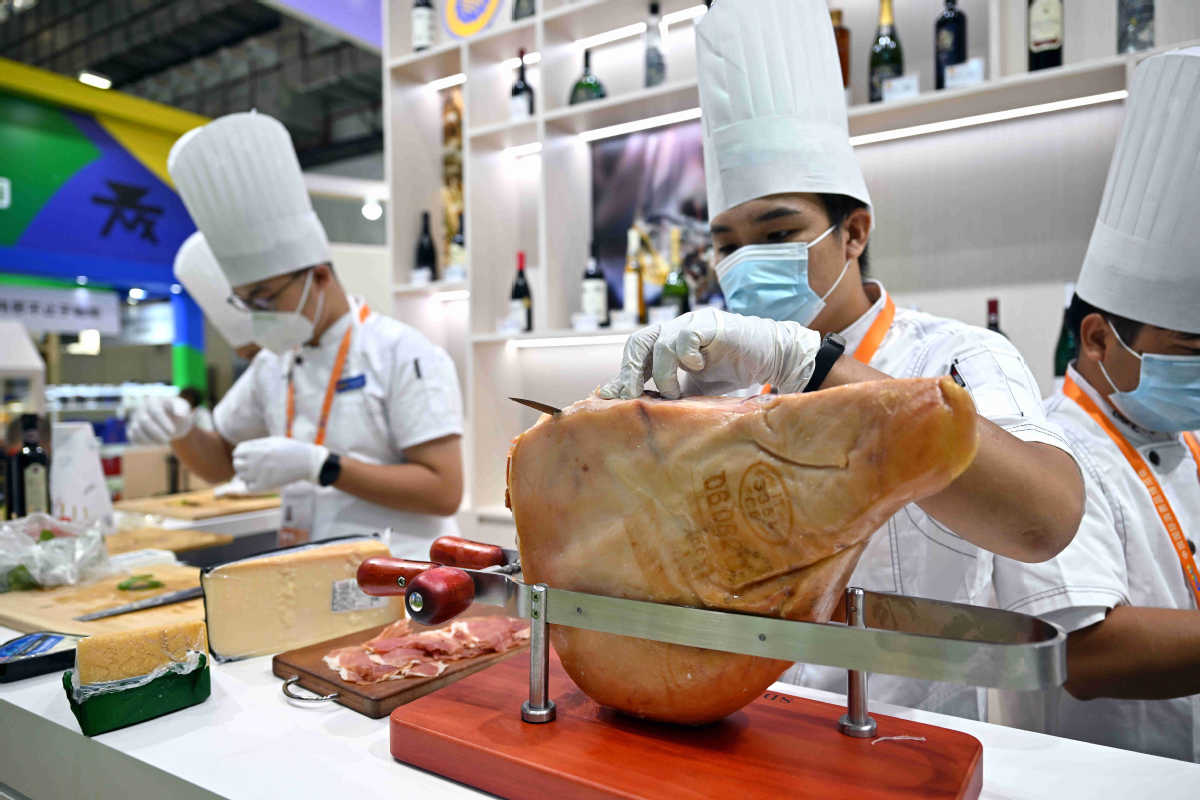 "We need to prepare a year in advance to engage with Italian companies and invite them to participate in the exhibition," said Fedi, who is currently working in Italy as a coordinator on the Italian pavilion. He will return to Hainan at the end of September.

The Second China International Consumer Products Expo, which was held from July 25 to 30 this year in Haikou, capital of Hainan province, attracted some 1,600 international brands, including 70 from Italy dealing in food, wine, jewelry, clothing, and yachts.

"We are working on a good project with the China-Italy Chamber of Commerce and other institutions from Italy to promote this event next year," he said.

Involved in the fashion industry for more than 20 years, Fedi set up his fashion consulting company in Haikou in 2018, the year Hainan became a pilot free trade zone and began to build a free trade port.

The Italian's deep bond with Hainan dates back to 2006, when he took his family to the island for a holiday while he was on a business trip. "We enjoyed our time very much, so we began to go back every couple of years," he said, noting that his family has fond memories of the island.

The favorable business environment brought about by deepening reform and opening-up has increased Hainan's appeal to skilled labor and investment, and foreigners have moved to the island to invest or start businesses.

"The construction of the free trade port is a great opportunity for foreign companies," Fedi said, adding that Hainan is starting to play a vital role in helping them engage with the Chinese market.

He set up his company in the Fullsing Internet Industrial Park, also known as Fullsing town, a key industrial park in Hainan, which is home to an international offshore innovation and entrepreneurship base. Fedi felt it offered both a good location and a friendly business environment.

He has traveled frequently for work in China, especially to Shanghai, to meet Italian brands headquartered in the metropolis.

The Hainan free trade port is due for completion in 2025 and Fedi believes it will start a new era, giving Hainan a significant role in Southeast Asia as a free trade port, logistics hub, shopping destination, and international tourism spot.

"As a strategy consultant, I have found there are many potential business opportunities in Hainan. I think of myself as a bridge between Italy and China for companies without the opportunity to come directly to China," he said.

He plans to split his life between Hainan and Italy. "I have many things to promote in Hainan over the next ten years. So it's exciting," he said.