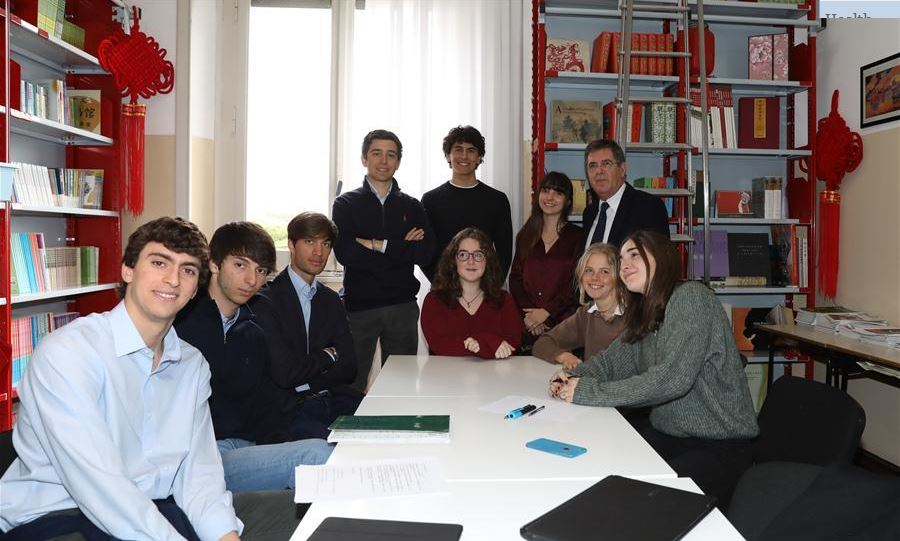 The boy was one of the eight students who, together with President Paolo M. Reale of the school, wrote to Xi ahead of the Chinese president's state visit to Italy to express their expectations for the visit and their willingness to promote friendship between the two countries.

In his reply on Sunday, Xi encouraged the students to be cultural ambassadors between the two countries, saying that he was very pleased to see that the students could express themselves in fluent Chinese.

"Our students have been working very hard to learn Chinese over the years," said Reale, adding that Xi's reply was the "best reward and recognition" for the students.

Opened in 2009, Rome Convitto Nazionale Vittorio Emanuele II is an international high school that teaches science-related courses in Chinese. The school has the largest Confucius Classroom in Italy, and learning the Chinese language and culture is popular among the students.

Stoppoloni said learning Chinese has helped him broaden horizons and understand Chinese history and culture. In the process, he added, he has also learned to cooperate and share, and become more aware of young people's responsibilities in the future.

Ludovica Olivari, another student, said she was deeply impressed by the sentence in Xi's letter that "Youth always goes hand in hand with dreams."

"We are young people, who must have goals and dreams," she said. "We will keep on studying hard and open arms to pursue our dreams."

Mario Lomonaco's dream is to pursue a China-related career in the future. The student said learning Chinese has brought him many opportunities and opened a door for him to a new world.

Nicolas Kovacich, a student at the school, told Xinhua that he would go to China next year to study economics and that he looks forward to his college life in the Asian country.

"I look forward to working in China as well in the future," he said.