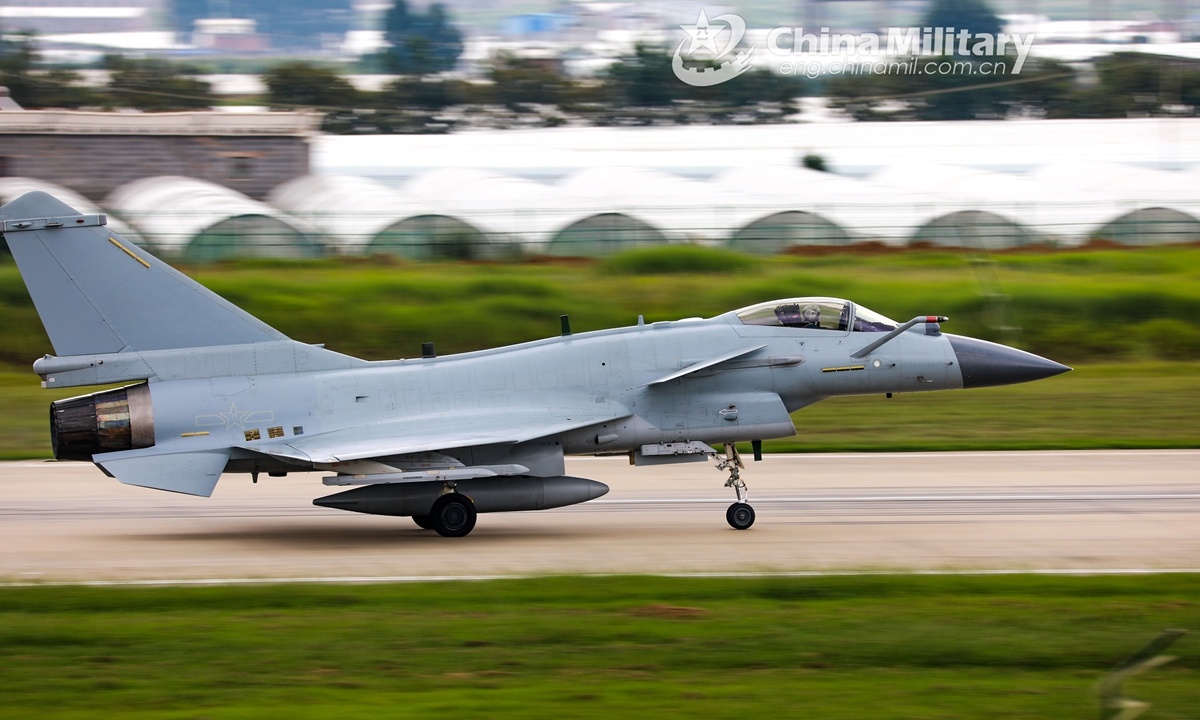 A J-10 fighter jet attached to an aviation brigade of the air force under the PLA Southern Theater Command takes off during a flight training exercise under unfavorable meteorology conditions in mid August, 2020. (Photo:China Military)

The recently concluded China-Pakistan air exercises benefited both sides, as Chinese pilots could learn from their Pakistani counterparts' maneuvers and experiences, and China's J-10C and J-11B fighter jets could be used to simulate India's Rafale and Su-30 fighter jets in mock battles, Chinese analysts said on Monday.

Many aspects of the J-10C mid-sized fighter jet, including the size, aerodynamic characteristics, aviation and weapon systems and overall combat capability, are comparable to the France-made Rafale, a type of fighter jet in service with the Indian Air Force, Fu said, noting that the J-11B heavy fighter jet has very similar appearance with India's Su-30 fighter jet but with superior avionics system.

The deployment of Chinese special mission aircraft like early warning aircraft and electronic warfare aircraft would contribute to the improvement of joint operations in an integrated combat system, Fu said.

Air forces from both sides focused on large scale confrontation, including large scale aerial battles and use of forces in mass and close-quarters aerial support, CCTV said, noting that more than 200 sorties were conducted by both sides, as both forces' combat capabilities were boosted in learning from each other.

Chinese pilots could learn from the aggressive maneuvers and rich experiences of Pakistani pilots, Fu said.

Fu said that the Chinese Naval Aviation had not frequently sent warplanes to joint exercises with a foreign country, but it has been increasing training intensity and changing its training model in recent years.

Participating in the Shaheen-IX exercises was a great chance for the Chinese Naval Aviation to learn from Pakistan forces and improve its combat capabilities, Fu said.