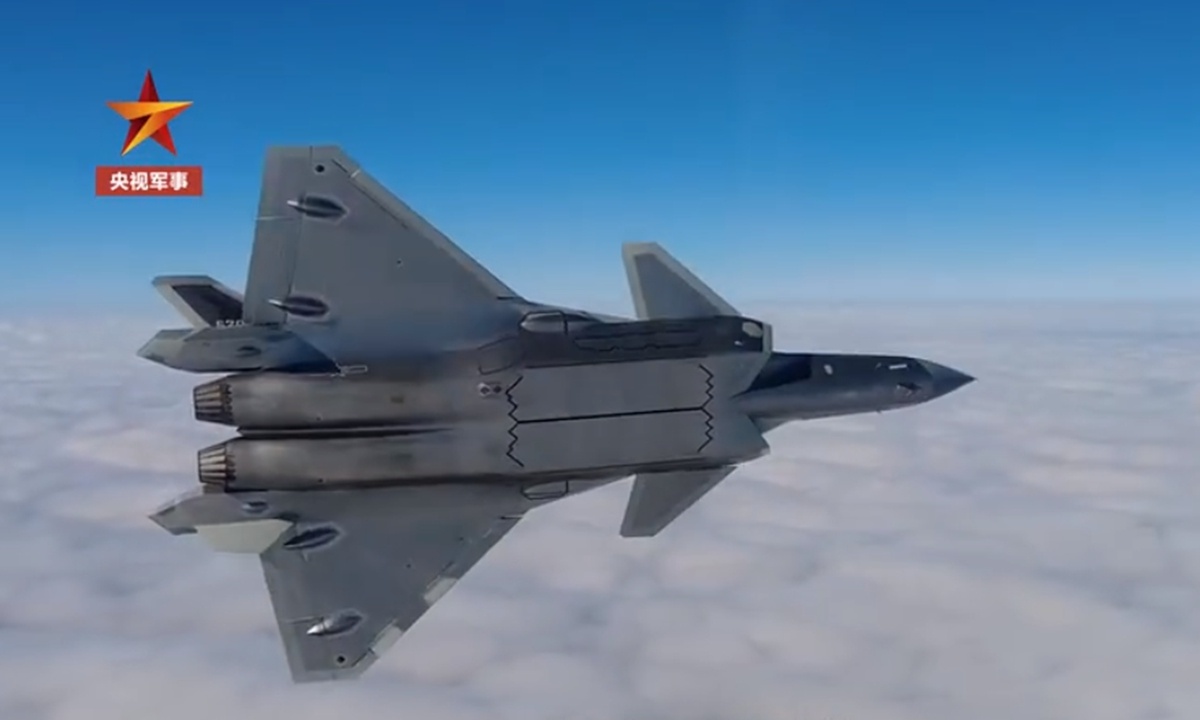 A J-20 stealth fighter jet attached to the Chinese People’s Liberation Army Eastern Theater Command takes part in exercises. The aircraft is not equipped with a Luneburg lens, a radar reflector used to make a stealth aircraft visible to others in training or non-combat flights. (Photo: Screenshot from China Central Television)

Chinese People’s Liberation Army (PLA) warplanes are expected to deliver an aerial performance for the celebration activities of the 100th anniversary of the founding of the Communist Party of China (CPC), with a large number of the country’s most advanced stealth fighter jets, the J-20, and a type of newly developed helicopter, informally known as the Z-8L, participating, a rehearsal of the event on Sunday indicated.

A rehearsal was held from 9 pm Saturday to the early hours of Sunday morning in the Tiananmen area, Beijing, with more than 14,000 people involved in the rehearsal and related supporting services, the Xinhua News Agency reported on Sunday.

A total of four parts of were rehearsed, including the warm-up, a grand gathering, and entry and exit, as well as preparations in the event of an emergency, Xinhua reported.

During the day on Sunday morning, several echelons of PLA warplanes were seen flying through the sky in the rehearsal, including dozens of helicopters forming a formation representing the number “100,” a J-10 fighter jet formation representing “71,” or July 1, the birthday of the CPC, and formations consisting of five J-20 stealth fighter jets, Beijing-based magazine the Aerospace Knowledge reported on Sunday.

Photos released through the Aerospace Knowledge report show that the rehearsal also featured the PLA’s latest type of transport helicopter, dubbed by observers as the Z-8L, the first in the 15 ton-class in China.

Beijing residents were able to take photos and videos of the warplanes during the rehearsal and share them on social media, expressing their excitement over the CPC centenary celebrations and the development of China’s military aviation.