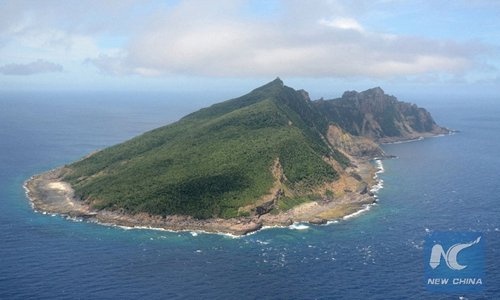 The Japanese government knows well China's unwavering determination to safeguard its national sovereignty, Chinese experts commented, following recent reports that the city government of Japan's Ishigaki would apply to the Japanese government for approval to land on the Diaoyu Islands to install signposts for a new so-called district name.

Tokyo-based broadcaster NHK reported on the application on Monday. The report also said that Japanese Chief Cabinet Secretary Katsunobu Kato told the media on Monday that no one except government officials are allowed to land on the islands, and based on this policy, when there is an application for landing on the "Senkaku Islands," the government will make the right decision.

The policy planning division of the Ishigaki government, when interviewed by the Global Times on Tuesday, insisted that the "Senkaku Islands" are part of Japanese territory, while revealing that they are working to apply for budget planning for next year in order to set up the signposts.

It did not give details on the timeline for the work.

In June 2020, the Ishigaki Municipal Assembly changed its reference of the area from "Tonoshiro" to "Tonoshiro Senkaku" to highlight its so-called administration.

It drew condemnation from the Chinese Foreign Ministry.

The bill is "a serious provocation to China's territorial sovereignty, is illegal and invalid, and cannot change the fact that the Diaoyu Islands belong to China," the Chinese Foreign Ministry said.

China has lodged a complaint with Japan and reserves the right to take further action, Zhao said.

Japan has been repeatedly provoking China in maritime affairs, but when it comes to "landing on the Diaoyu islands" - issues that are on China's very bottom line - it seems that the Japanese government maintains a restrained attitude, Song Zhongping, a military expert and TV commentator, told the Global Times on Tuesday.

China and Japan have disputes over the Diaoyu Islands issue, and maintaining the status quo is good for both countries. Bilateral ties would be pushed off the cliff if the Japanese side chooses to go on its own way and lands on the islands, Song said.

Tokyo is aware of this issue and knows that it must not challenge Beijing's bottom line on core issues, and China's determination to safeguard its national sovereignty will not waver, the expert said.

China and Japan should meet each other halfway and achieve win-win in many fields of cooperation, Song said, urging Japan not to follow the US agenda to contain China using the Diaoyu Islands.