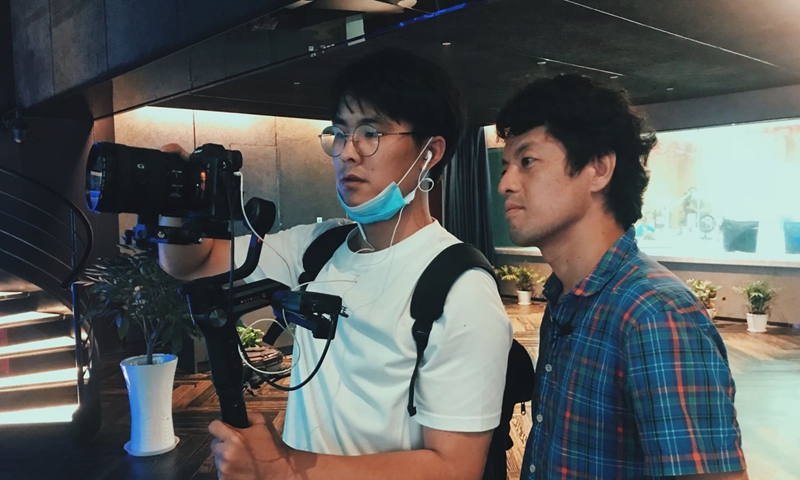 TOKYO, Jan. 8 (Xinhua) -- A Japanese documentary director, who recorded China's efforts stem the spread of the coronavirus at home, has called on the Western media to view China more objectively.

His documentary -- "The Post-pandemic Era" -- has become an Internet sensation and was recently praised by Chinese Foreign Ministry spokesperson Hua Chunying.

The documentary director Ryo Takeuchi told Xinhua in a recent interview that he is honored the documentary's been noticed.

Since the outbreak of the COVID-19 pandemic, the western media has ramped up its bias against China, said the director.

The documentary is divided into four sections and features the lives of the Chinese people and the recovery of Chinese industry involving unmanned deliveries and e-commerce livestreaming after the pandemic was largely controlled in the country.

Takeuchi, who now lives in China, has been following the latest statistics of coronavirus infections in his home country of Japan.

In October last year, while new cases were still surging across Japan, China's domestic tourism market was picking up. Travel remained robust throughout the National Day holiday period that ran the first week of October, he said.

"I want to share China's reality with Japan and other countries, because controlling an epidemic while fueling an economic recovery is an important topic that is well worth filming," he said.

At the end of the documentary, Takeuchi said to a friend who works in a Japanese news outlet: "The fact that China is able to achieve both pandemic control and economic recovery now is a reward for the joint efforts of 1.4 billion people. I know that you won't look at China with prejudice."

The prejudice and bias against China by western media have increased during the past year amid the pandemic, said the director, adding that the pandemic has disrupted exchanges between people around the world, thus deepening misunderstanding.

"In this context, documentary is all the more important," he said, "I want to make a documentary that can resonate with people from any country and remove the colored lenses of people from different countries."

His second documentary "Long Time No See Wuhan" recorded 10 days in the life of 10 ordinary Wuhan residents, presenting life in the megacity -- previously hit hard by the COVID-19 epidemic -- a few months later.

"I don't have a script when I make documentaries. I just go to the scene, think and shoot," the director said. "This way, some preconceived ideas in the shooting can be avoided to a large extent, so it will be more objective and real."

"Some Japanese high school girls like Chinese makeup, while some boys like Chinese games, animation ... And what I want to do is to promote Chinese modern culture to the world," he said.

In the new year, the director plans to make a film about the Yangtze River and introduce the profound changes in China in the past decade. He expressed hope that his company can be like Studio Ghibli, an acclaimed animation studio in Japan, in the future.

“I want to make my company the Ghibli of documentaries, creating works that people around the world can enjoy without borders," he said.