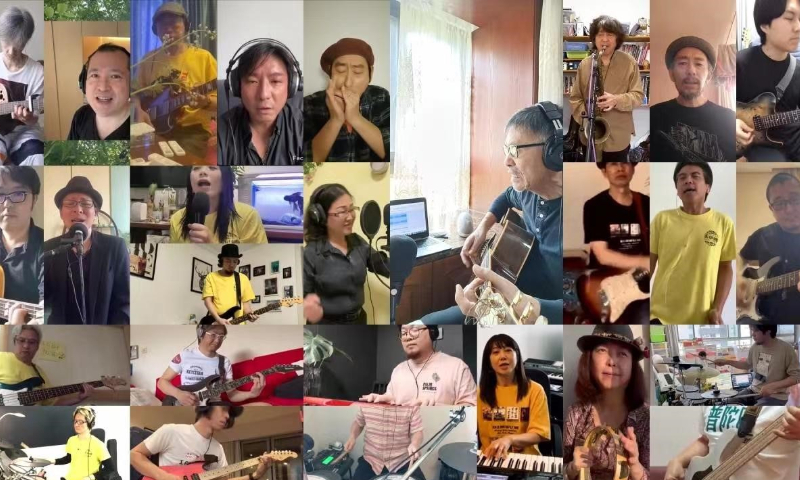 27 Japanese expats in Shanghai sing together online The Wind of Shanghai. (Photo: Courtesy of Grandpa Mori)

"The wind of Shanghai, do you like it? It's been so long. How's everybody doing?" This is the beginning of a song performed in the Shanghai dialect wrote by Grandpa Mori, a Japanese who has lived in Shanghai for 14 years.

The song The Wind of Shanghai went viral on Chinese social media WeChat with 27 Japanese expats in Shanghai playing the song together online, expressing their feelings and sharing their life during the lockdown caused by the Omicron outbreak.

Born in 1961, Grandpa Mori came to Shanghai in April 2008, and married a Shanghai local. With two granddaughters, he calls himself "Grandpa Mori."

Grandpa Mori has always been fond of music and started to compose music in high school. Today, he has more than 150 original works. The idea of the song came from an occasional chatting online when he and other two friends talked about writing down the unforgettable stay-at-home experience into a song and record it.

It only took 15 minutes for Grandpa Mori to finish the melody of The Wind of Shanghai and they thought it would be a good idea to invite other Japanese friends living in Shanghai to sing the song together.

"Everyone has shown great enthusiasm to participate," Grandpa Mori told the Global Times. "We asked 24 people through WeChat and all of them wanted to join in. Each participant recorded a video of the performance at home and send it to me for further production," he said. 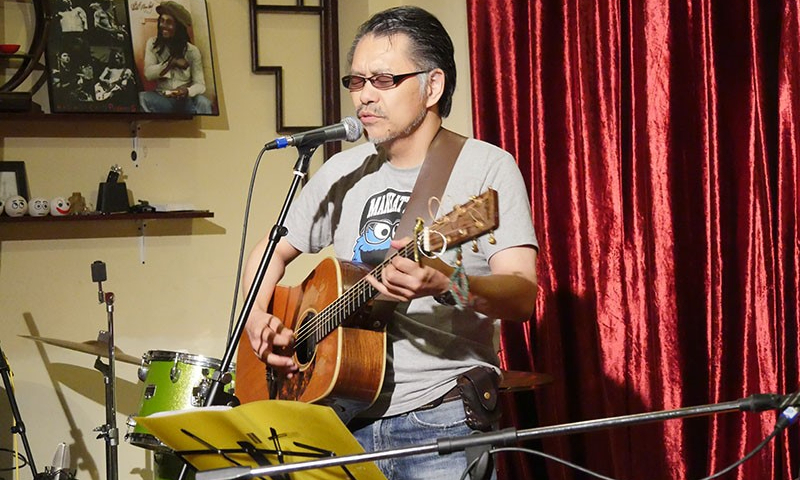 In the final version, the audience can enjoy the music with the performance of guitar, piano, harmonica and drums combined together, which is as good as a professional band. In fact, with the exception of some participants who are music teachers, the rest of are amateurs, such as restaurant owners or company employees.

"We are friends but this was the first time we got together to play," Grandpa Mori said, noting that they just wanted to do something fun while they were under quarantine at home. "I never expected the song would be so popular," Grandpa Mori said.

The song has been shared by friends more than 100,000 times and has over 64,000 likes. "Music has no borders," one netizen wrote on Grandpa Mori's WeChat video account.

Some say they are moved by the lyrics as Shanghai has been hit hard by the Omicron outbreak and most of the residents have been locked down over two months. "We hold hands to get through this difficult time and Shanghai will recover soon," another netizen wrote.

Grandpa Mori himself is also moved by the netizens' warm words and said this is a valued experience amid the lockdown.

His community has been locked down for 78 days but he has endured them because he is accompanied by music. "I'm grateful for Shanghai," he said, adding that "I met my wife in the city and meet friends from different places of the world."

Despite being under lockdown due to the outbreak of the Omicron variant, Grandpa Mori never thought of leaving the city and he has always been full of gratitude for Shanghai.

As the lyrics say, "we all live in this city for our own reasons. But my reason is that I like the scent of the wind in Shanghai."

After a two-month COVID-19 lockdown, Shanghai announced it will embrace a "new start" on Wednesday, with residents in risk-free areas allowed to move freely, resumption of public transportation and reopening of businesses.