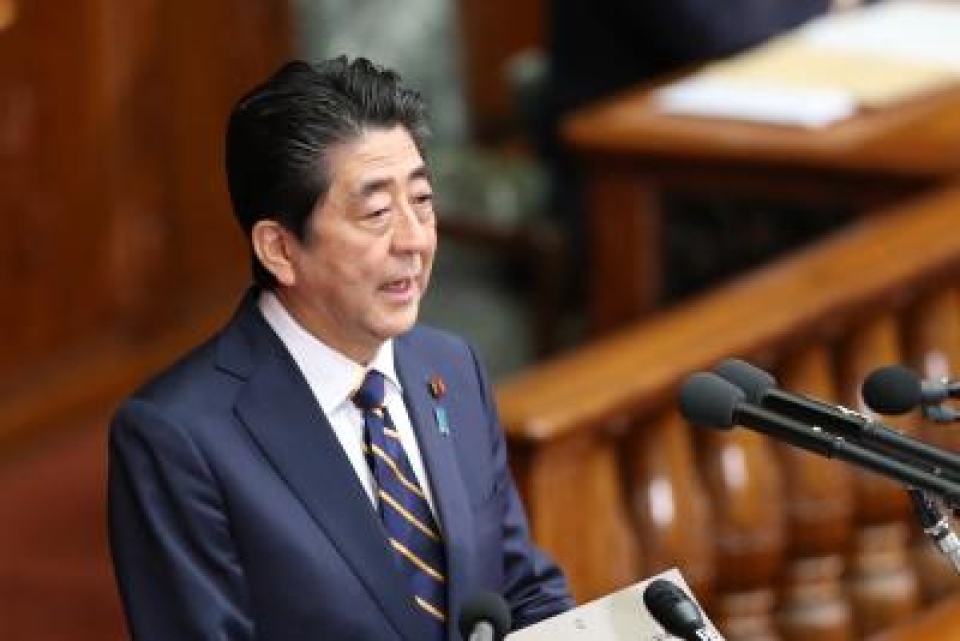 TOKYO, May 17 (Xinhua) -- Japanese Prime Minister Shinzo Abe met with Yang Jiechi, a member of the Political Bureau of the Communist Party of China (CPC) Central Committee and director of the Office of the Foreign Affairs Commission of the CPC Central Committee, here on Friday.

Yang said that since the beginning of this year, Abe has repeatedly expressed in public the willingness to further develop China-Japan relations. Not long ago, Abe appointed Toshihiro Nikai, secretary-general of Japan's Liberal Democratic Party, to attend the second Belt and Road Forum for International Cooperation, which has generated positive reactions in both countries, Yang said.

The China-Japan relations are at a new historic starting point, facing important opportunities, he said.

Under the guidance of the four political documents between China and Japan and the important consensus reached by leaders of the two countries, and in the spirit of taking history as a mirror and looking into the future, China is ready to work with Japan to strengthen high-level guidance, to enhance political mutual trust, to firmly grasp the general direction of peace, friendship and cooperation, and to push for steady development of bilateral relations on the right track, he said.

China supports Japan in hosting a successful Group of 20 summit in Osaka, which will effectively boost confidence and positive expectations from the international community and inject more positive energy into world economic development, Yang said.

Abe asked Yang to convey his cordial greetings to Chinese leaders. He said this year is an important year, as Japan entered the Era of "Reiwa" and China will celebrate the 70th anniversary of the founding of the People's Republic of China.