Jeremy Lin comes back and signs for CBA's Beijing Ducks

BEIJING, Nov. 30 (Xinhua) -- Beijing Ducks Basketball Club said on Tuesday that Jeremy Lin has signed a contract to play in the rest of 2021-22 Chinese Basketball Association (CBA) season, and his registration information has also been updated on the CBA website. 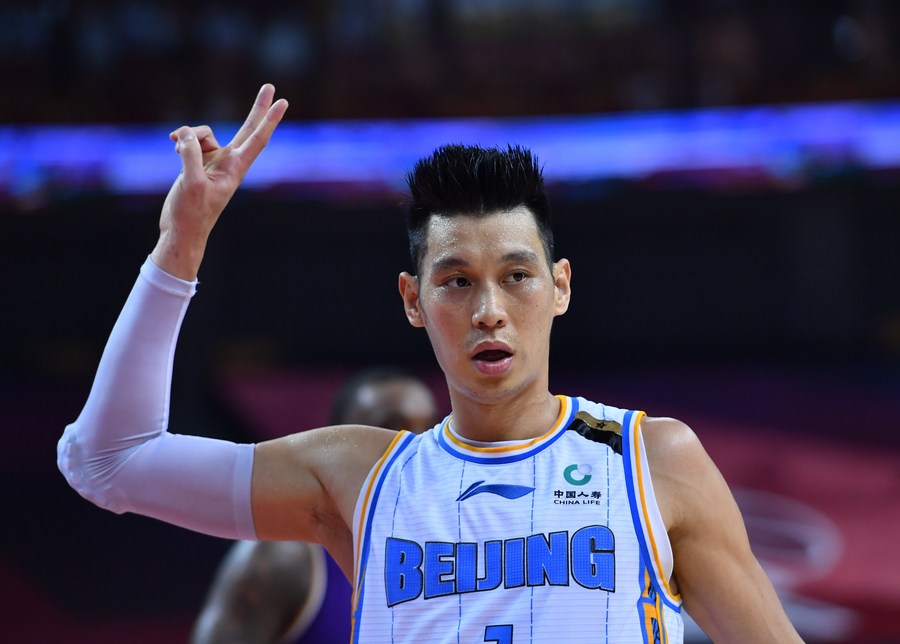 Jeremy Lin of the Beijing Ducks gestures during a match against the Beijing Royal Fighters at the 2019-2020 Chinese Basketball Association (CBA) league in Qingdao, July 24, 2020. (Xinhua/Zhu Zheng)

"I finally come back. Playing basketball in China feels at home. Thanks all fans for the support, and I am looking forward to the second and third phase of this season," Lin said.

In his 39 appearances for Beijing Ducks in the 2019-20 CBA season, Lin averaged 22.3 points, 5.7 rebounds, 5.6 assists and 1.8 steals in about 33 minutes per game, leading the team into the last four. Currently, Beijing Ducks ranks the 9th in the league with eight wins and five losses.