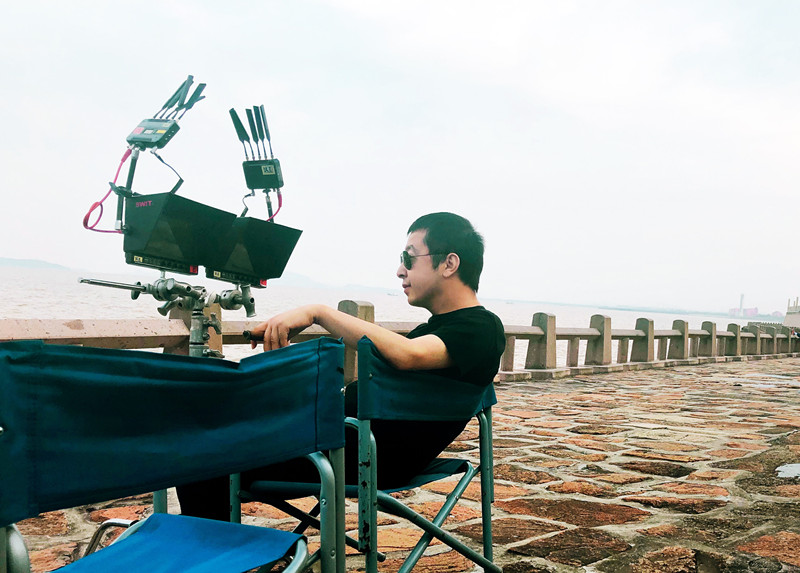 Director Jia Zhangke sits down and meditates at the set of "So Close to My Land" in Haiyan, Zhejiang province, July 15, 2019. (Photo courtesy of Wishart Communication)

China's award-winning auteur Jia Zhangke on Monday wrapped up the shooting of his new film in Haiyan, Zhejiang province, a project chronicling a changing China through the eyes of three prominent Chinese writers.

The documentary "So Close to My Land" is about the literary festival Jia co-founded in Shanxi province, and the film crew invited many scholars to Haiyan for exchanges with villagers and book lovers.

It focuses on esteemed Chinese writers Jia Pingwa, Yu Hua and Liang Hong, who were born in 1950s, 1960s and 1970s respectively. The three writers relate their own personal experiences, along with a description of the literary worlds they created to portray the changing history of Chinese society.

The film took Jia 66 days to shoot in four provinces of Shanxi, Henan, Shaanxi and Zhejiang. Jia and his crew travelled a total of 2,777 kilometers across China, using four cameras to record images synchronously. They finished the shooting in the hometown of writer Yu Hua. 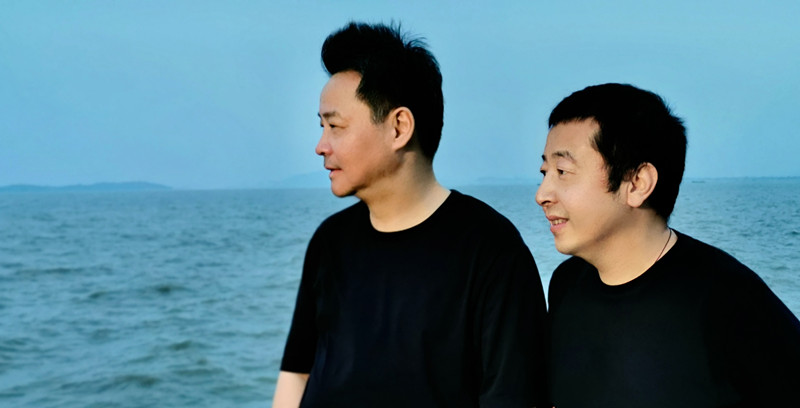 Director Jia Zhangke and writer Yu Hua look on at the sea on the set of "So Close to My Land" in Haiyan, Zhejiang province, July 15, 2019. (Photo courtesy of Wishart Communication)

Jia said his purposes was to present a macroscopic but also a delicate historical narrative portraying a spiritual history of the Chinese people.

The director added he was using an eight-chapter structure to build up the documentary, which he described as an approach similar to a symphony.

"'So Close to My Land' will be an Eisenstein-styled film, with great subjective influence," he said, referring to Sergei M. Eisenstein, a famous Soviet film director and film theorist noted for his "Strike" (1925), "Battleship Potemkin" (1925) and "October" (1928).

The film will be the final installment in Jia's trilogy of documentaries about various Chinese art subjects, following "Dong" (2006), which followed the Chinese painter and actor Liu Xiaodong, and "Useless" (2007), which explored Chinese fashion and clothing industry.

The film is jointly produced by Jia's Xstream Pictures, Huayi Brothers Media, Shanxi Film Group and the Huaxia Film Group. His wife, actress Zhao Tao, serves as one of the producers. 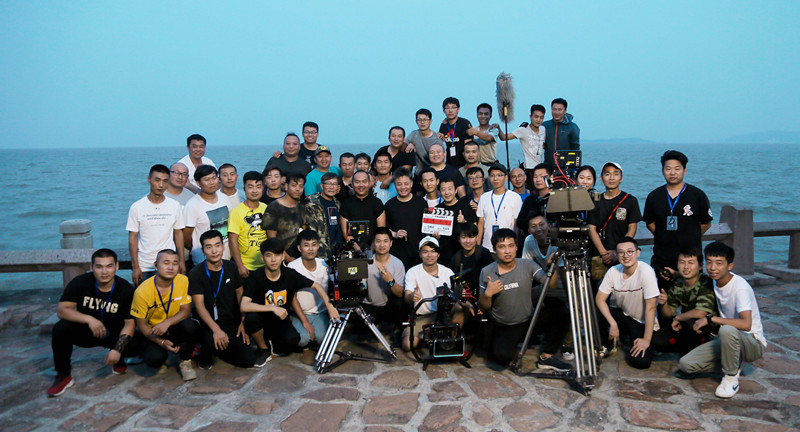 Director Jia Zhangke and his film crew pose for a photo after wrapping up shooting of "So Close to My Land" in Haiyan, Zhejiang province, July 15, 2019. (Photo courtesy of Wishart Communication)

The film will have its world premiere first in China within this year, unlike Jia's former routine to first present his works at foreign film festivals.