CHINA Jiang Wenqiang: Fighting for Dalian after volunteering in Wuhan

Jiang Wenqiang: Fighting for Dalian after volunteering in Wuhan 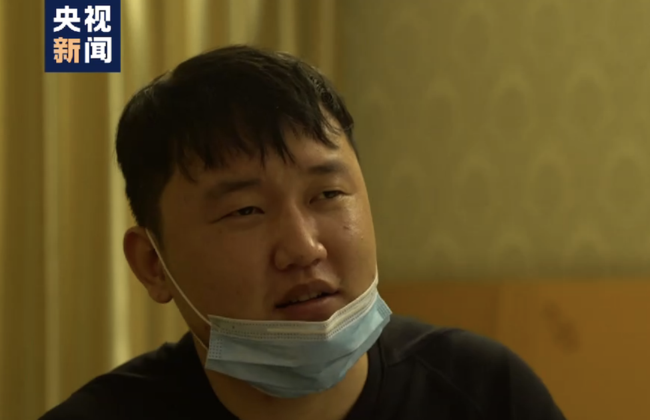 Jiang Wenqiang, once a volunteer in Wuhan amid the COVID-19 fight, has become a volunteer again, in his hometown Dalian, a city recently hit by the virus in Northeast China’s Liaoning Province. Now, he is responsible for food delivery and cleaning in a quarantine hotel in Dalian.

Jiang’s experience is well-known to many Chinese netizens. On February 15, Jiang intended to go to Changsha in Central China’s Hunan Province, but after getting on the wrong train, he arrived at Wuhan and was stranded there due to the lockdown. Then he decided to become a volunteer in a hospital. On March 30, Jiang returned to his hometown Dalian with the medical team.

However, the volunteer’s story does not come to an end. In July, the outbreak of COVID-19 in Dalian concerned him. After seeing a photo of the medical staff lying on the ground on social media, Jiang applied to be a volunteer again. “First, they were too tired. Second, the weather was so hot and they might cool off lying on the ground. I was thinking what I could do for them,” Jiang said.

Despite his experience in Wuhan, Jiang still faces challenges. First, he worries about being infected during his work at the quarantine hotel. Second, wearing a protective suit in summer makes him feel uncomfortably hot. “When I take off the protective suit, sweat flows down my arms into the gloves. Once I take off my gloves, the sweat will pour out on the ground. It's just like pouring water.”

Recently, Jiang has been diagnosed with tinea versicolor, which is related to the hot weather and wearing PPE during his work, but he is optimistic about it. He said that he just wants to make contributions to his hometown so that the epidemic will end soon.