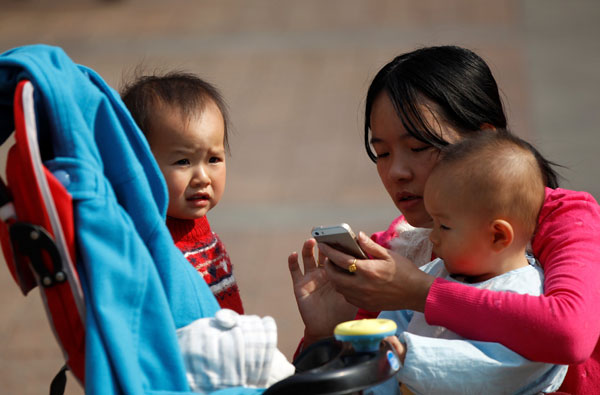 A mother and her two children. (Photo: VCG)

The company, Far East Holding Group, said in a notice issued by the president's office that parents giving birth to more than one child will be given extra maternity leave. Each parent will be given 20 days of leave for each child - that means 20 extra days for mothers who already receive four months of maternity leave, and 20 days for fathers - and will have more promotions and better positions in the company.

Jiang Xipei, president of the group, said Yixing, where the group is located, is facing the problem of an aging population and has many families that have lost their only child, according to Thepaper.cn.

He said that encouraging employees to have a second child will enhance their sense of responsibility and make them work harder.

“Encouraging people who have the willingness and the ability to have more children is what reality and the future society demand,” Jiang said.

Li Xiru, head of the department of population and employment at the National Bureau of Statistics, said in January this year that China's working-age population has decreased by 26 million since 2012.

The working-age population's proportion of the country's whole population also has declined for seven consecutive years, according to Li.