CHINA Jiangsu couples can get electronic marriage certificates on Alipay

Jiangsu couples can get electronic marriage certificates on Alipay 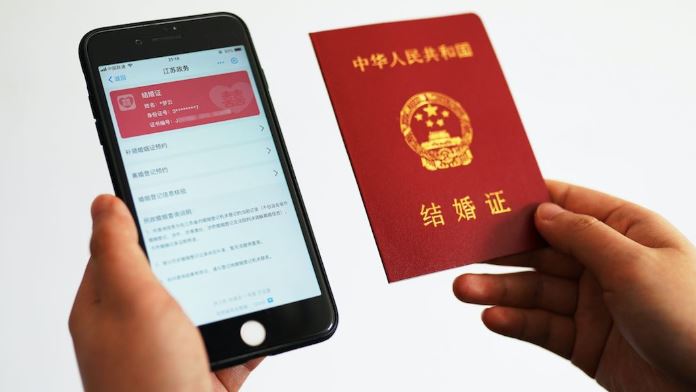 The provincial government launched the mini program “Jiangsu Government Affairs” with the cooperation of Alipay. The feature that allowed people to apply for the marriage certificate was added in an updated version of the program. Users can get the certificate by simply opening Alipay, searching for the mini program, and checking "My Card." The service is free.

A marriage certificate is a valid legal document that can be very useful in China. In addition to proving the legality of a marriage, it is also used for housing purchase loans, birth registrations, property transfers, or even establishing startup companies.

But couples often forget to carry their certificates with them when the need arises, so the digital version offered by the Jiangsu government is a convenient alternative.

Electronic documentation has become a trend in China. Zou Liang, a vice president of Ant Financial Services for Alipay, said that many cities have already launched various electronic certificates such as electronic social security cards and electronic driving licenses. He expressed that there will be more electronic cooperation with cities and institutions to make things convenient for citizens in the future.