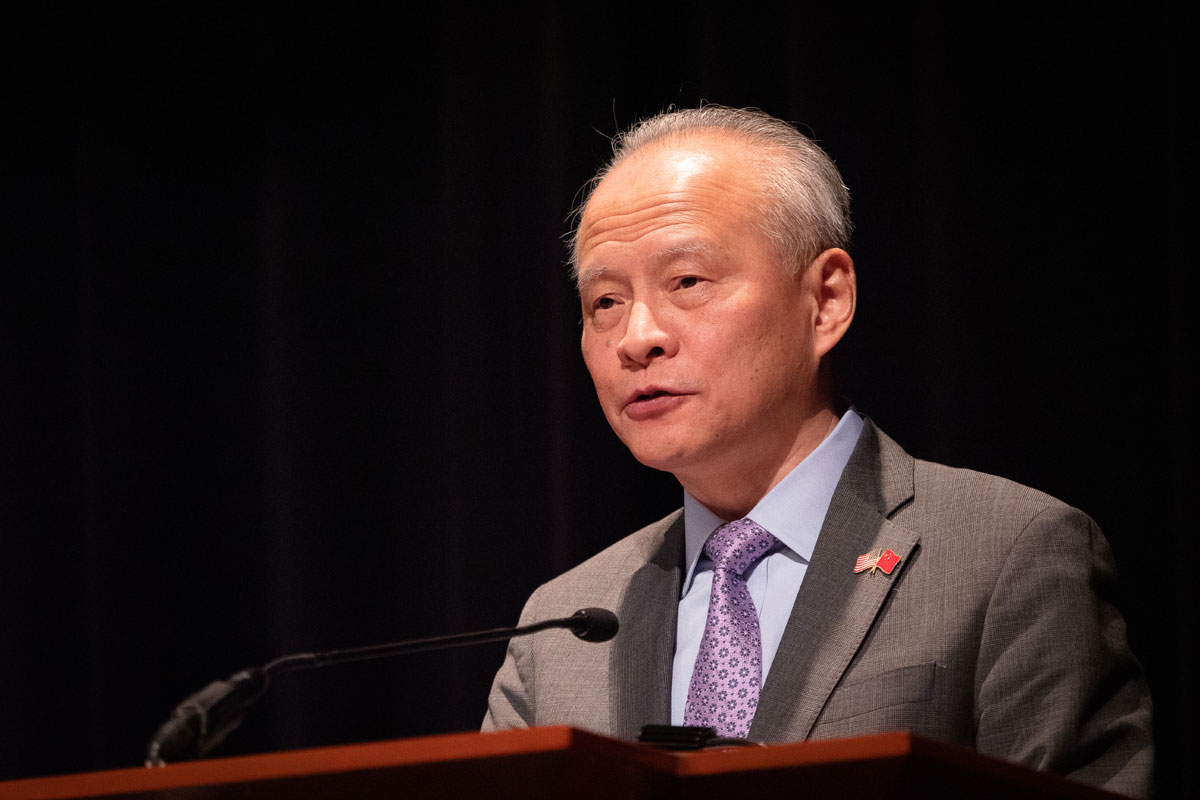 Chinese Ambassador Cui Tiankai at a symposium convened by The Carter Center on Sino-American relations on Friday, January 18, 2019 in Atlanta, United States. (Photo: China Plus)

Forty years after the United States and China formally established diplomatic relations, China's ambassador to the United States, Cui Tiankai, reiterated the importance of the two countries working together, at an event celebrating the anniversary on Friday.

Speaking at the Carter Center in Atlanta to mark 40 years since China and the US established diplomatic relations, the ambassador called for efforts to avoid misunderstanding and misinterpretation and to build mutual trust and enhance cooperation.

"As Confucius famously said, 'At 40 I had no doubts.' However, while we are commemorating the 40th anniversary, we cannot but notice some irrational doubts and myths about our relations," Cui said while dismissing the misunderstanding.

The ambassador mentioned two of the most common myths: That US policy toward China has failed because China hasn't copied the American model in terms of political and economic systems, and that China has been taking advantage of the US, especially in terms of trade.

People who believe these myths do not understand the reasons behind why the two countries normalized their relationship 40 years ago, said Cui. It was common interests, not "remodeling," that brought China and the US together 40 years ago, and it is the same reason that enables the relationship to grow and expand today, the ambassador went on to say.

Both sides have benefited enormously from the bilateral trade, he added, referring to a series of economic and trade figures. 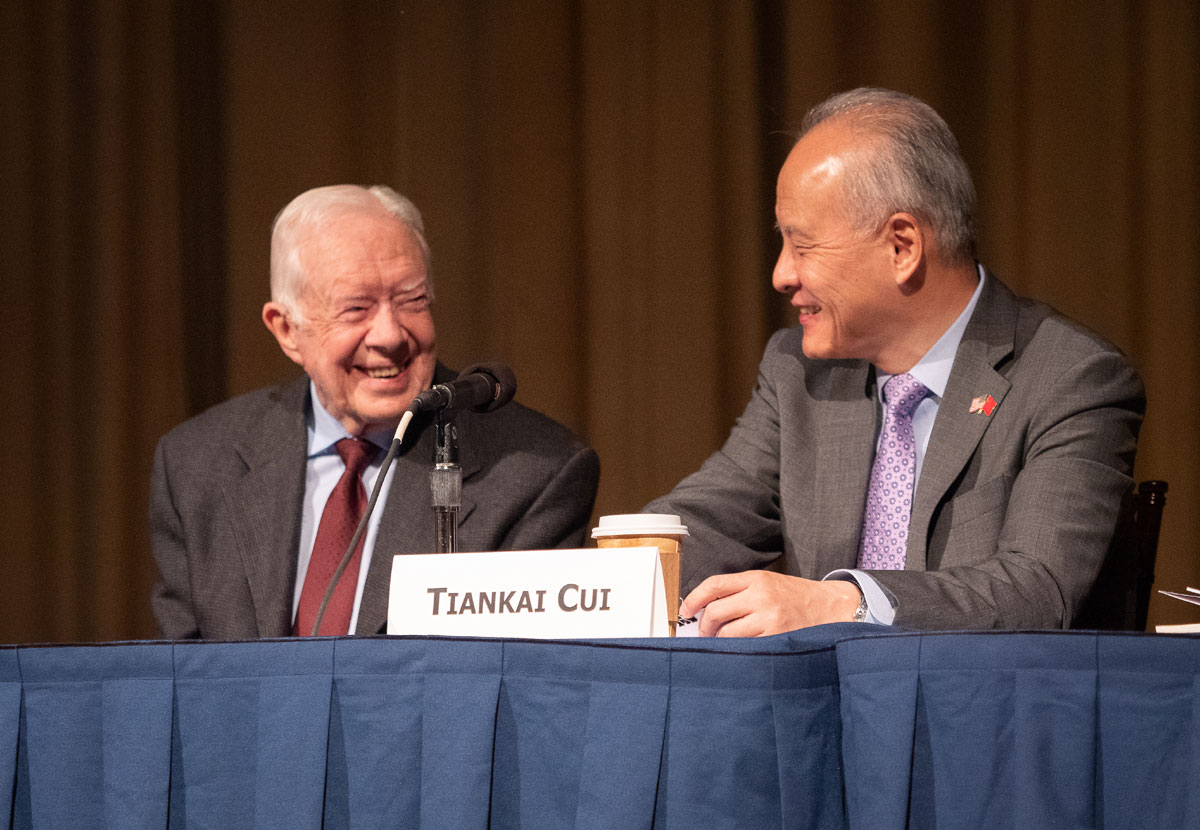 'Trump should have advisory panel on China'

Former US President Jimmy Carter joined Cui for the event. He counted the breakthrough with China among the top accomplishments of his presidency (1977-1981).

The two countries normalized diplomatic relations on January 1, 1979, following an agreement that Carter and then Chinese Vice Premier Deng Xiaoping announced on December 15, 1978.

Without directly mentioning the ongoing trade battle between the two, Carter said he believes President Trump would benefit from a few behind-the-scenes advisers who could help improve bilateral relations, the Associated Press reported. 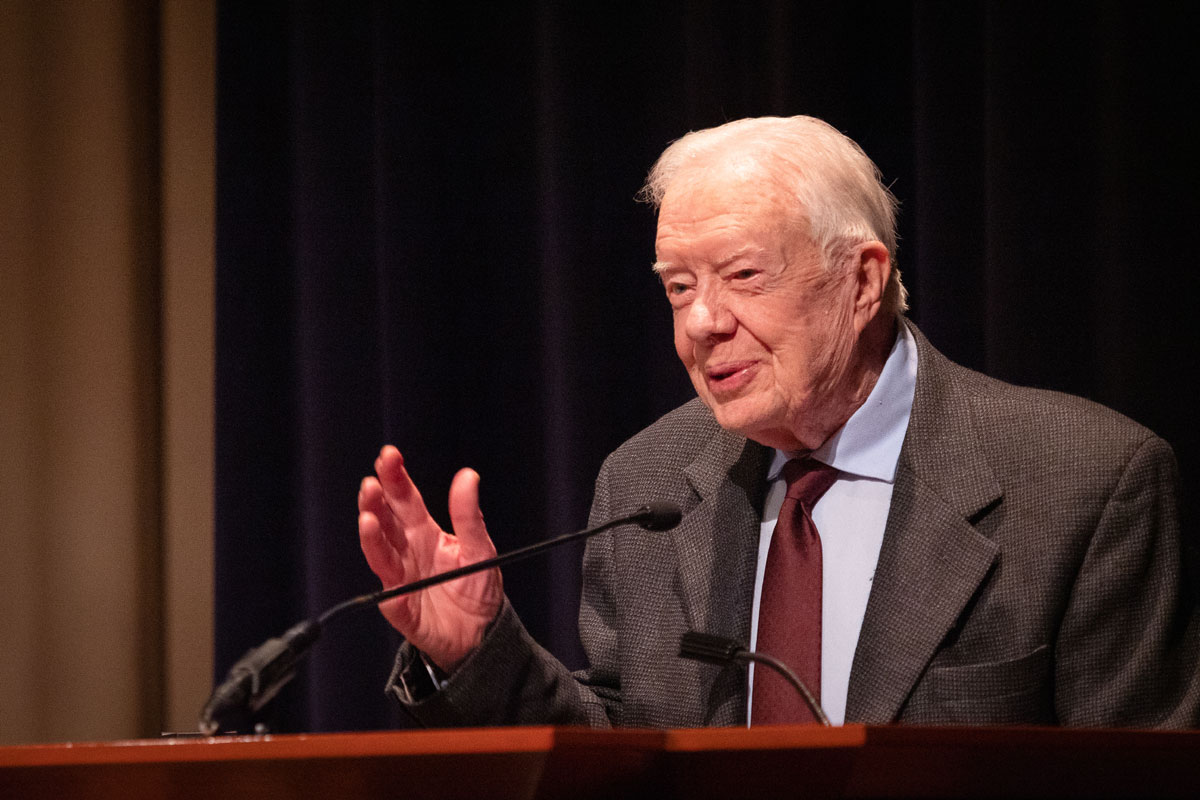 Former US President Jimmy Carter at a symposium convened by The Carter Center on Sino-American relations on Friday, January 18, 2019 in Atlanta, United States. (Photo: China Plus)

Referring to the Japanese policy during his term, the former president said he relied on an informal group of scholars, retired diplomats and other experts for advice.

“Just have a very small group – I'd say about six – of distinguished people who have faith and confidence,” Carter said, given “the need for future understanding and the avoidance of conflict between our two countries.”

He added: “When I get home I'm going to draft a private letter to President Trump and put this in succinct language. Most presidents don't like to read multi-page letters.”

Carter said US-China ties are the "most important bilateral relationship in the world today" and it is "too important to be destroyed or set back by hatred or misunderstanding between the two countries."

There were a lot of reasons to establish diplomatic relations after 30 years of animosity and misunderstanding, Carter said, and one of the things that he and Deng talked about when they met in Washington was that Asian countries had been so deeply involved in war.

He went on to say that the difficulties he and Deng faced were much greater than the trade disputes that exist today, calling on both sides to overcome the challenges.

Cui echoed the former president, saying the two sides need to enhance mutual trust and avoid miscalculations and to expand common interests and avoid vicious rivalry. The two countries must set aside disagreement based on mutual respect.

He added, the Taiwan issue remains the most important and sensitive issue for China-US relations, and the one-China principle is the political foundation for the bilateral ties. The two countries need to maintain stability through mutual respect and to properly manage the differences, he said.