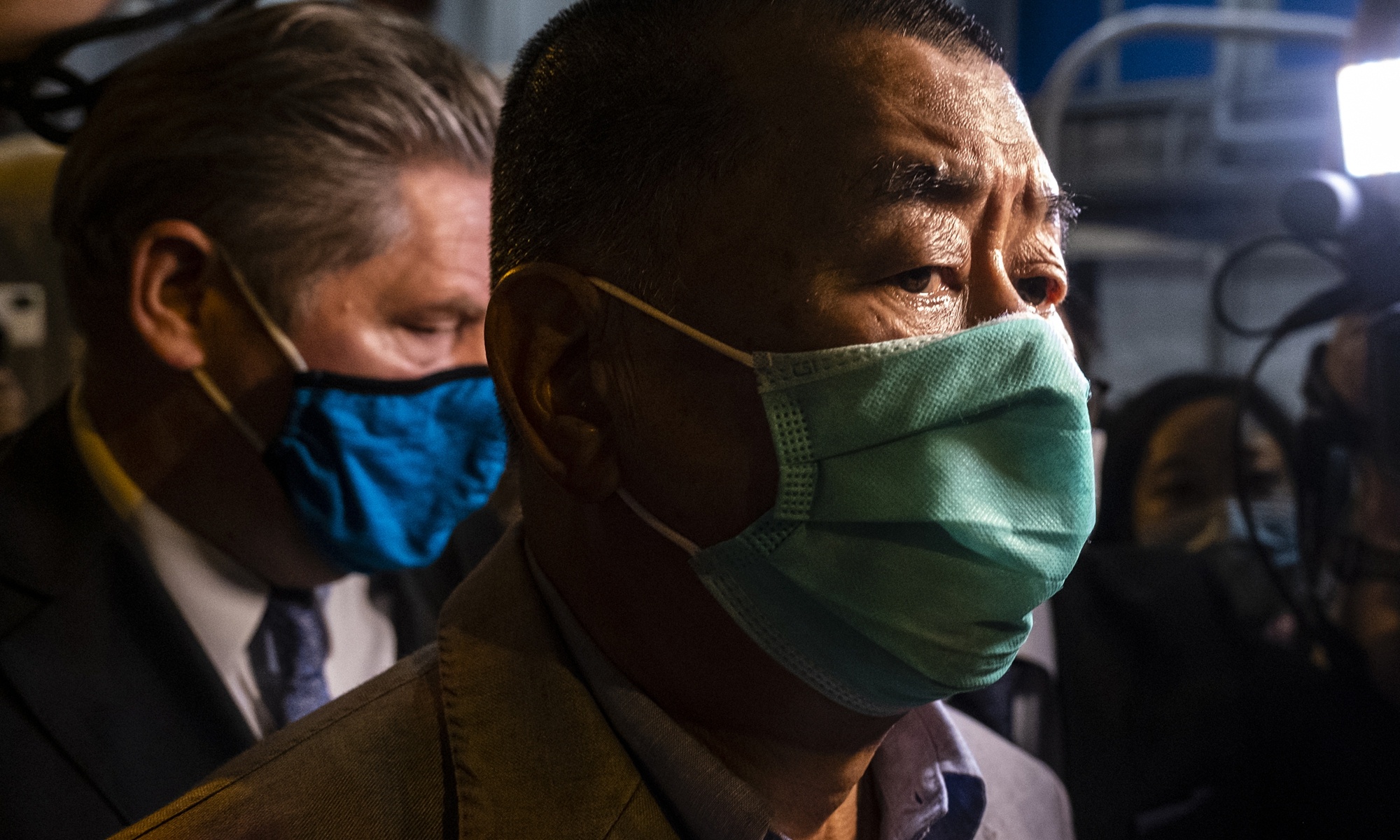 Apple Daily founder Jimmy Lai was arrested by Hong Kong police on charges of "aiding criminals" and "colluding with foreign forces" while he is still in custody for suspected violations of the national security law for Hong Kong after he was denied bail.

According to Hong Kong media, the latest arrest was on Tuesday night. Lai is suspected of aiding Andy Li Yu-hin's attempt to escape from Hong Kong to the island of Taiwan.

Li is one of the 10 Hong Kong people who were charged and sentenced to prison in the Chinese mainland for illegal border crossing.

Another charge Jimmy Lai faces in the Tuesday arrest is colluding with foreign forces to sanction China or take other opposition actions.

A 29-year-old paralegal Chan Tze-wah stood trial on Wednesday for the same charges as Lai, and the details revealed in Chan's case suggested Lai's involvement in the attempted escape of Andy Li, Hong Kong media reported.

Lai is in custody at Stanley Prison, one of the most secure Hong Kong prisons after his bail application in another case concerning violations of the national security law for Hong Kong was denied on February 9 by the Court of Final Appeal.

Lawrence Ma, a barrister and chairman of the Hong Kong Legal Exchange Foundation, told the Global Times on Wednesday that the charge of "colluding with foreign forces," under the national security law for Hong Kong, will reduce Lai's chance of a successful bail application in the new case, but it may not have much effect on the sentence of his violations.

The proceedings in Lai's case have received wide attention as they have become a symbol of how the Hong Kong legal system interprets the national security law.

Tian Feilong, an associate professor at Beihang University in Beijing and member of the Beijing-based Chinese Association of Hong Kong and Macao Studies, told the Global Times that regardless of the ruling on Lai's violations, "rejecting Lai's bail means the common law system of Hong Kong has finally applied the 'prudent bail' principle under the national security law for Hong Kong."