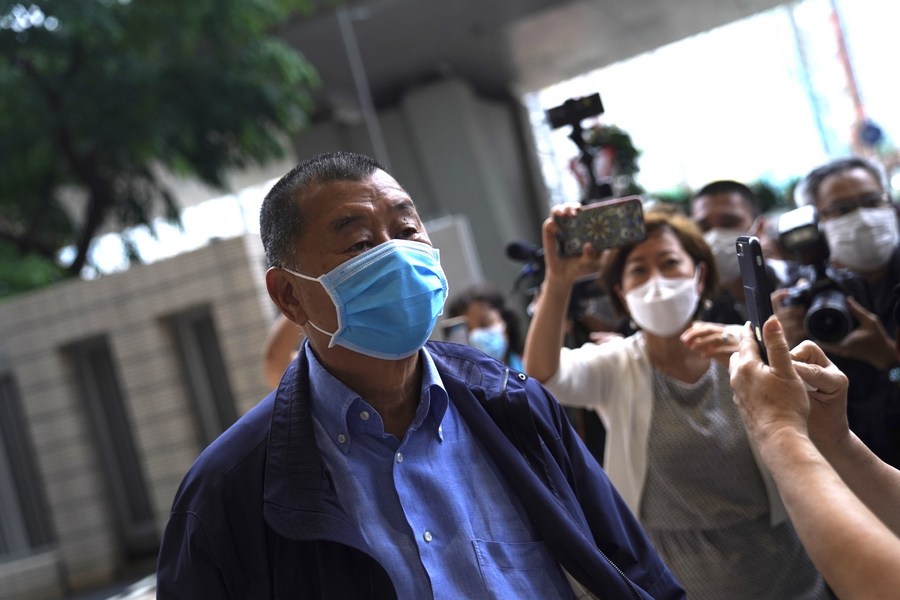 Lai, charged with fraud and collusion with a foreign country or external elements to endanger national security, has been denied bail multiple times since standing trial in December.

He was recently arrested again while in jail for assisting a suspect to flee to Taiwan and also for colluding with foreign forces to endanger national security, according to local media.

Lai reportedly conspired with others including Chan Tsz-wah and Li Yu-hin to request foreign forces to impose sanctions or blockade or engaged in other hostile activities against the HKSAR or China. After Li was arrested and bailed, Lai and some others assisted Li to flee to Taiwan to escape prosecution.