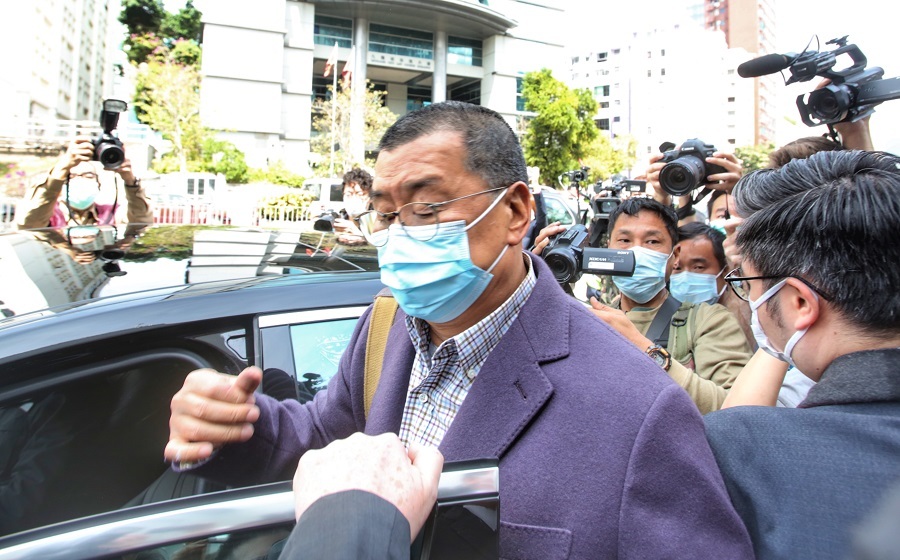 Lai continued to be remanded in custody pending trial after the court's decision.

Lai was suspected of violating the Law of the People's Republic of China on Safeguarding National Security in the HKSAR. He has been charged with fraud and colluding with foreign forces to endanger national security, and appeared in West Kowloon Magistrates' Courts for trial on Dec 3 and 12, 2020 respectively. The two cases were adjourned and Lai's bail applications were rejected.

The Court of Final Appeal of the HKSAR granted leave for the appeal application on Dec 31, 2020. Lai was remanded in custody immediately and his next court appearance was scheduled for Feb 1, 2021.