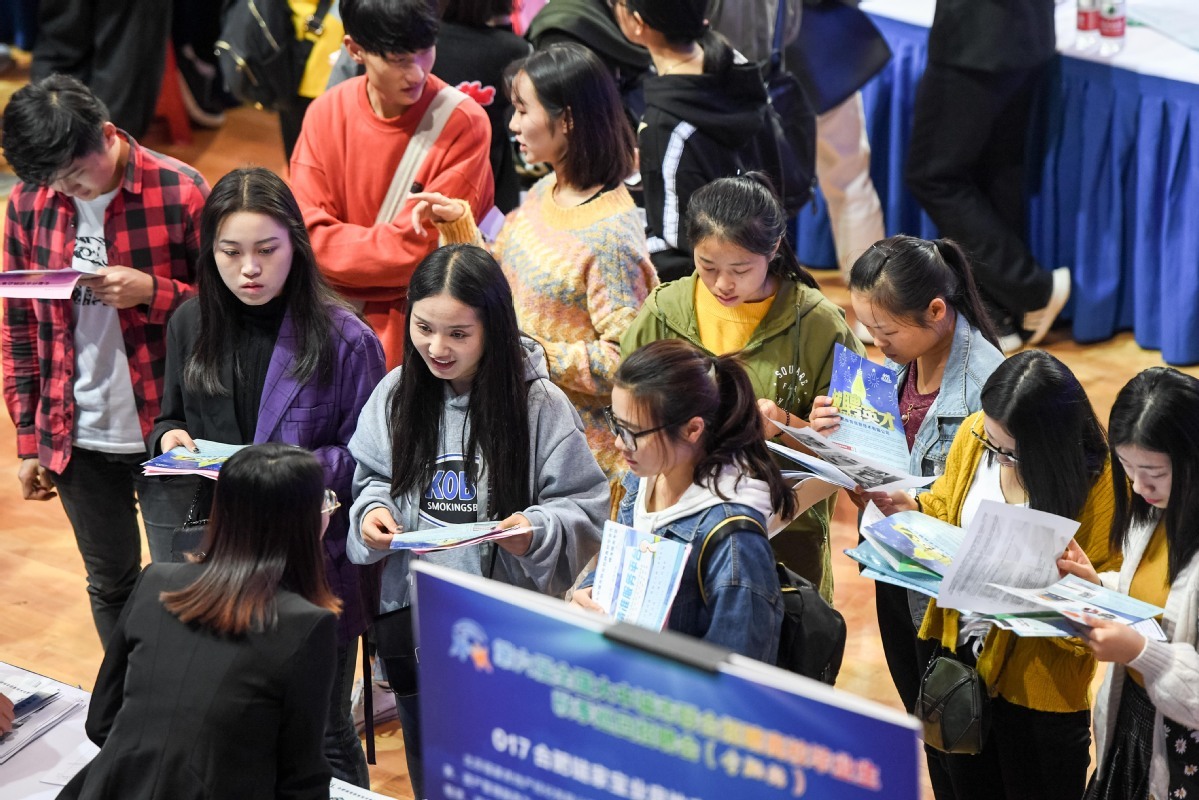 The nation's job market has remained stable with its unemployment rate continuing to fall in past few months, said a senior official of the National Bureau of Statistics at a conference organized by the State Council Information Office on Monday.

Liu Aihua, the bureau's spokesperson, said that in September, the nation's surveyed unemployment rate in urban areas was 5.4 percent, down 0.2 percentage points from that in August, a remarkable rise from 6.2 percent fall back in February.

The surveyed unemployment rate of the group ranging from 25 to 59 years old was 4.8 percent in September, 0.6 percentage points lower than the nation's level, pulling even with that in August.

She said the job market was stable thanks to employment-first policy and the government's efforts to boost employment. New jobs created in past three quarters reached 8.98 million, almost reaching the target of over 9 million set in May during the two sessions, she said.

Also, population of migrant workers from countryside totaled about 179.52 million in past three quarters, decreasing by 3.84 million or 2.1 percent year-on-year.