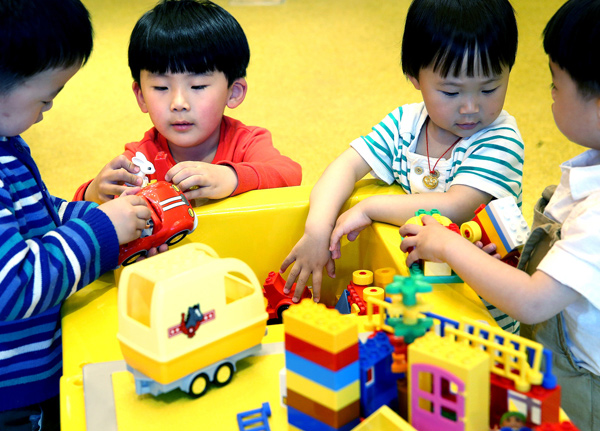 A special joint photo exhibition exploring both China's UNESCO-listed Humble Administrator's Garden and the British Baroque masterpiece, Castle Howard, was launched in Yorkshire on Sunday to encourage and explore future cooperation between the two sites.

Although roughly 19,000 kilometers apart, these two world-famous gardens share many things in common-both exhibit period architecture and the craft of landscaping, and flowers, trees and water work in harmony-while drawing on different traditions and techniques, says Christopher Ridgway, curator of Castle Howard.

The exhibition, which is being held at Castle Howard, with its vast garden area, lakes, fountains and sculptures, follows a similar photo show that was held in the Humble Administrator's Garden in Suzhou, Jiangsu province, last autumn.

The two sites also signed an agreement of international friendship and cooperation.

The Humble Administrator's Garden was first built in 1509 and added to the UNESCO World Heritage Sites list in December 1997. Castle Howard was first built by Charles Howard, third earl of Carlisle, in 1699, and this stately Baroque home has been the seat of the Howard family ever since.

The close cooperation between Castle Howard, the Humble Administrator's Garden and the city of Suzhou will be of practical benefit to both parties, as they share their experiences and expertise, leading to a common understanding of the history, practice, and management of historical landscapes, says Chen Dalin, director of Suzhou's gardens and landscaping administration bureau.

It is hoped that the exhibition, which also features an art project by the schoolchildren of York based on Chinese and English gardens, will encourage more British visitors to travel to Suzhou to appreciate Chinese garden culture, says Chen.