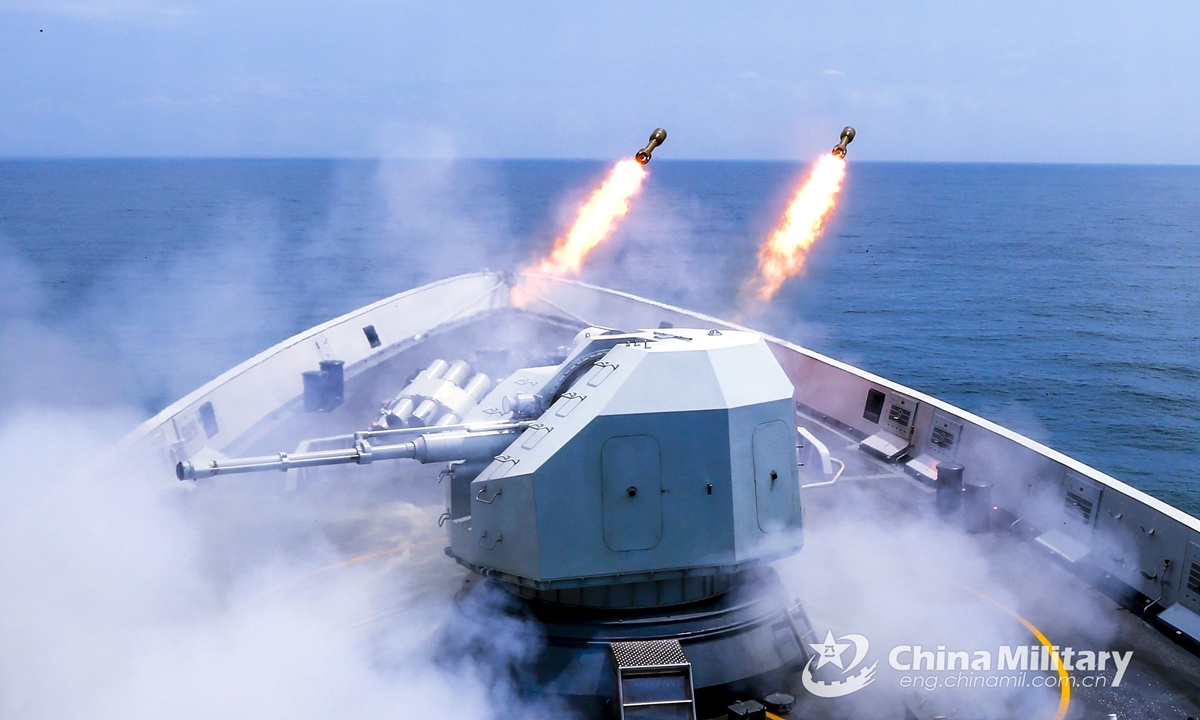 The guided-missile frigate Yulin (Hull 569) attached to a destroyer flotilla with the navy under the PLA Southern Theater Command fires its rocket-propelled depth charges at mock hostile submarine during a maritime training exercise in waters of the South China Sea in late March, 2020. (Photo: agencies)

The Central Military Commission (CMC) has released an outline on improving joint combat capabilities of the Chinese People's Liberation Army (PLA), which is aimed at war preparedness given the intensifying situation and increasing risk of military conflicts in some regions - such as the Taiwan Straits, the South China Sea and the China-Indian border, Chinese military analysts said, noting that more joint exercise between different forces will follow in accordance with the outline.

The outline, which took effect on November 7, establishes basic concepts and rules, clarifies basic responsibilities, addresses fundamental questions such as how to fight future wars, and strengthen war preparedness, the Xinhua News Agency reported on Friday.

Enhancing  the importance of joint combat indicates the PLA is keeping pace with the times. It is also a result of the rapid development of the PLA in past years, indicating that the PLA has gained the capacity to conduct joint operations, Chinese military analysts said.

The background for the PLA to stress joint capacity at such a high level is intensifying situation and increasing risk of military conflicts in some regions related to China - such as the Taiwan Straits, the South China Sea and the China-Indian border, Song Zhongping, a Chinese military expert and TV commentator, told the Global Times on Saturday.

Some experts on Taiwan island issues suggest the outline is released to enhance the PLA's capacity to attack large islands and to fight a quick battle on the Taiwan island.

Song said such opinions are a one-sided interpretation of the outline. "The PLA's enhancing joint combat capacity not only aim at fighting Taiwan secessionists and foreign forces that interfere in the Taiwan question, but more importantly to protect China's sovereignty, security, and development interests," he said. 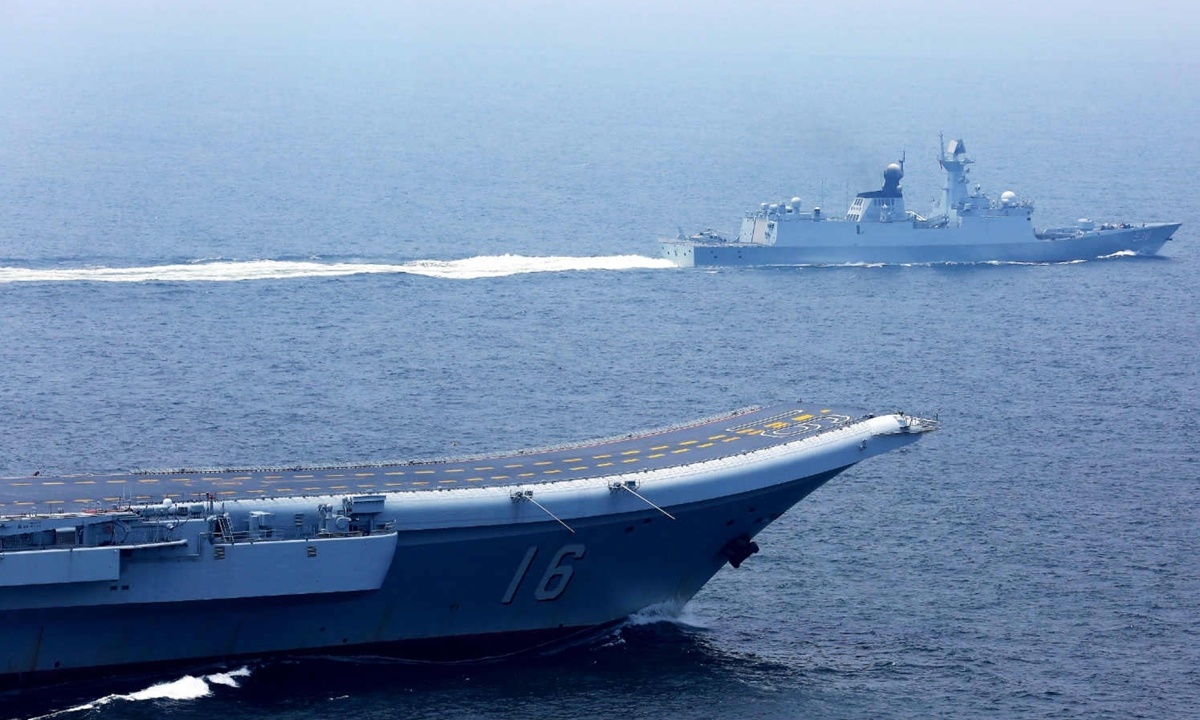 The Taiwan Straits is a major region, for which PLA have to enhance joint combat capacity and get war preparedness. Air, navy, land, and rocket forces as well as strategic and logistic support forces will all be involved if military conflicts break out in the region, according to Chinese mainland analysts.

The situation is the same in some other regions. In the South China Sea where the US often sends military aircraft and ships, PLA  navy, air and rocket forces are needed if a war were to break out, they said.

The CMC has ordered all levels of the armed forces to study and implement the outline, and take it as the fundamental basis for organizing joint combat and training activities, to boost the military's ability to win wars in an all-round manner, Xinhua said.

Song predicted that, according to the outline, future joint exercises between different PLA forces will be normalized.

"Joint combat is very difficult subject requiring different services to coordinate and cooperate to complete one mission under unified operational commands and a unified data link, which is a weakness of the PLA as it used to focus on single-service operations," Song explained.

But as the PLA becomes more informationized and intelligentized, its capacity for joint combat will largely improve, Song noted.

According to experts, a future joint combat exercise might be conducted like this: when a hostile aircraft carrier wants to enter the South China Sea or the Taiwan Straits, to deny the ship from entering, the PLA Navy force sends submarines; the PLA Air Force sends surveillance and early warning aircraft and fighters to collect intelligence, fight for the control of  the air and conduct long-range strikes, while the Rocket Force launches anti-aircraft carrier rockets such as DF-26 and DF-21D.