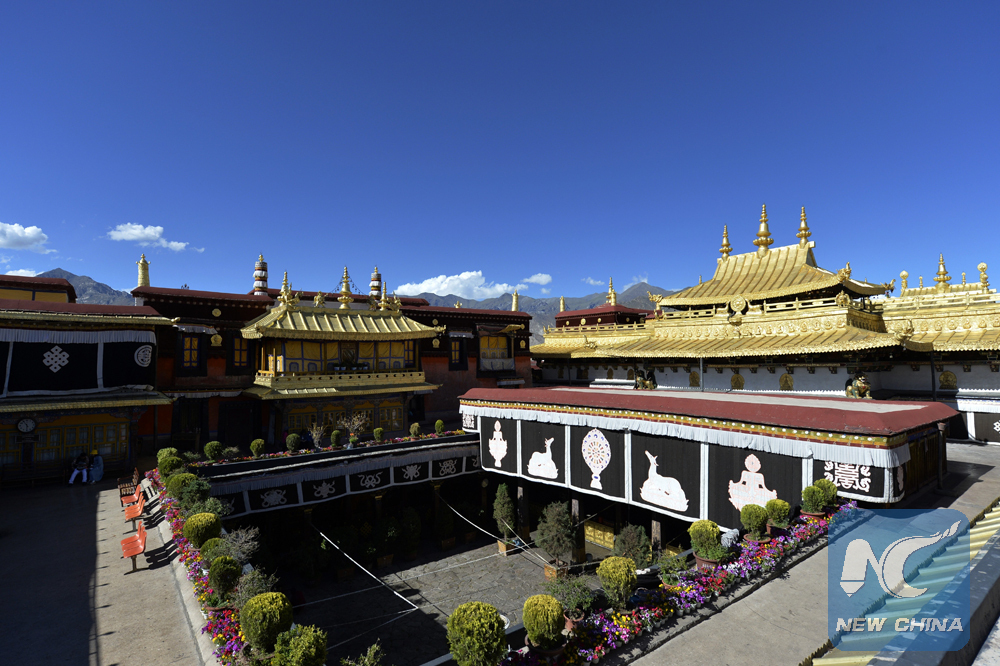 The Jokhang Temple, the most revered monastery in Lhasa, capital of southwest China's Tibet Autonomous Region, held a Tibetan calligraphy exhibition from Monday to Tuesday for the first time.

The exhibition is a collection of nearly 100 pieces of calligraphy works written by the temple's monks, said Lhapa, deputy director of the temple's administration committee.

The calligraphy works on display are rich in content, including Buddhist classics and the history of Princess Wencheng, who came all the way from Chang'an (today's Xi'an city) to marry Tibetan King Songtsen Gampo over 1,300 years ago.

Tibetan characters date back to as early as the ancient Shangshung Culture period, which was before Buddhism was introduced to Tibet. The characters were later improved and standardized by the scholar Thonmi Sambhota in the seventh century.

Built in the eighth century, Jokhang Temple is home to many historical relics and typical Tibetan architecture. It was added to the UNESCO World Heritage List in 2000 as part of the historic ensemble of Potala Palace.