Henan Traffic Radio journalist Ding Xiaopei said that before Tuesday she could never have imagined that she and her fellow passengers’ lives would hang by a thread in their 4-hour attempted escape from a flooded Zhengzhou subway tunnel.

Looking back, Ding said Wednesday that the help they all gave each other, the orderly evacuation and the rescuers’ assistance warmed her heart.

Zhengzhou, the provincial capital, was pounded by 617.1 millimeters of rainfall in three days: the highest hourly and daily precipitation in 60 years.

About 5 pm Tuesday, Ding started to go home to change into dry clothes after finishing her reports on the flooding.

Road traffic was paralyzed by the rain, prompting Ding to take the subway.

Having noted the floods near their home, Ding’s husband suggested they meet at Haitansi station on Line 5. 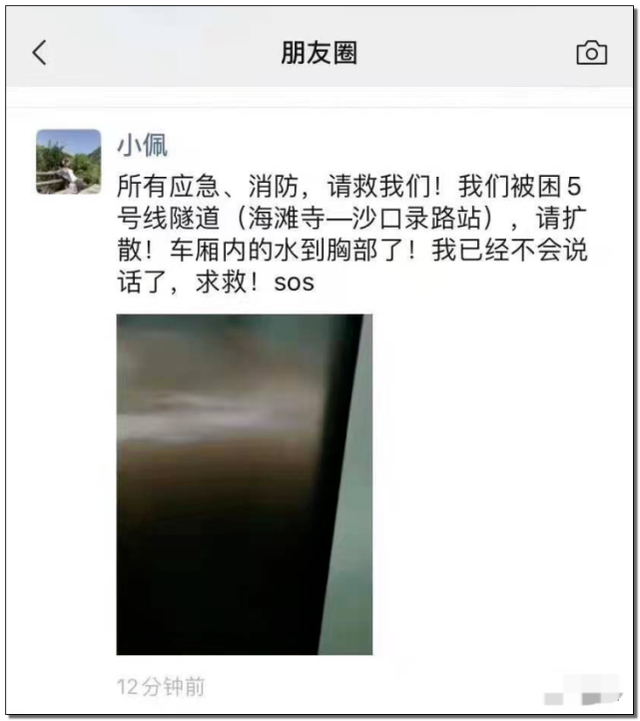 At 5:35 pm, the couple met. Minutes later, they stepped into the subway carriage to Shakoulu station.

The train halted within 2 minutes. Then floodwater began to infiltrate into the carriage. The water level rose quickly over Ding’s ankles.

At 6:05 pm, Ding posted live updates to her colleagues in a WeChat social media chat group. The hundreds of passengers on the train still believed the situation was safe.

A subway staff member told everyone to move forward and evacuate through the front doors.

The train was stopped in the tunnel between Haitansi and Shakoulu stations. Passengers walked along an elevated section beside the train.

Hundreds wormed their way under emergency lights. Floodwaters gushed down the tracks beside them. 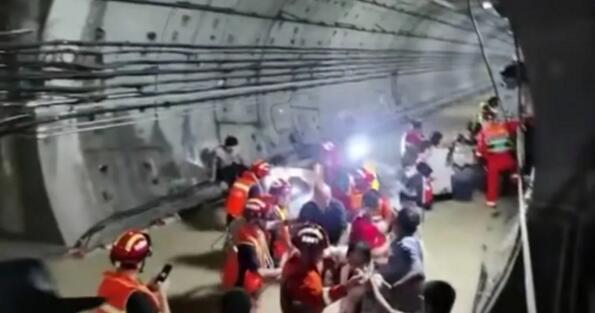 At about 6:40 pm, after more than 10 minutes’ walking, someone shouted “Go back!” as the route in front was blocked.

The line was long and so the word was passed back by tapping the shoulder of the next person behind. There was no panic, but urgent voices shouting “go back, quickly!” echoed inside the tunnel.

Finding both directions blocked, the passengers returned to the train. The water began rising faster inside the carriage. Some stood on the seats. Ding and her husband remained on the floor.

Ding could watched as the water outside the carriage rise above the bottom of the window, wobbling the train, as if it was going to burst through the windows.

Ding called for help to her WeChat colleagues as the emergency escalated. Later she heard that a superior contacted the fire department.

Unable to swim, Ding held the handrail with one hand and her husband’s with the other. Tension suffused the carriage. Ding switched her mobile phone to power saving mode.

The trapped passengers began to discuss a way out. Some suggested breaking the window, while others feared the water would fill the carriage and drown them all.

As the two sides stood at a stalemate, the oxygen was depleting. Ding had trouble breathing or talking. People around her were also panting. A dizzy Ding clutched the handrail hard. 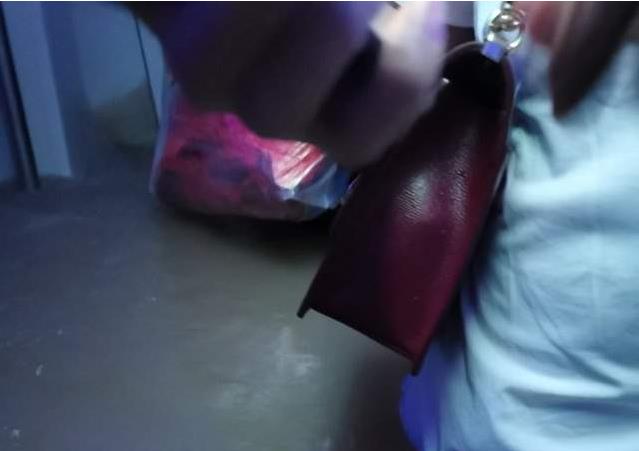 “Water in the carriage has reached my chest. I cannot talk, please, help!”

Ding posted another video to her WeChat moments. In the video, emergency lamps blinked. Water gushed outside the window and seeped into the carriage.

“The water level is this high. My phone is running out of power. I do not know if this is my last post,” Ding said in the video clip.

Ding said what worried her most was her children: 13 and four and a half. She had not gone home on time and did not know how to explain her dangerous situation to them. Finally she elected to tell her parents and firmly believed a rescue would come.

Ding’s videos drew attention. Many called her for updates as the fire department prepared a rescue.

At about 8:10 pm, a tall man in the carriage picked up the fire extinguisher and pounded it on to the upper part of the window.

It took 7 or 8 minutes before a hole was created and the oxygen situation improved.

A few moments after Ding’s post, the fire department called and asked her location. They said they would come as soon as possible.

“Everybody stay calm. The rescue will arrive soon,” Ding said.

About five minutes later, some passengers at the front saw lights outside the carriage. Ding said at that moment she thought they were rescued.

The front door was opened again, but the carriage was swept off its tracks, leaving a 2-3-meter gap between carriages and a walkway.

The firefighters used a water hose as a safety rope, tying the handle to one side and the carriage to the other. Passengers began to evacuate.

“What touched me most is the rescuers were all standing in the floodwater, which whirled around their neck,” Ding said.

One passenger cried that the elderly, pregnant and children should go first. The passengers complied. Healthy women and finally men evacuated the carriage.

“It was identical to the scenes in the movies,” Ding said.

The men also gave way to vulnerable people and held their hand on the way out.

Ding, her husband and some male passengers went to the rear of the train to help others evacuate.

At 9:30 pm, Ding’s husband asked her to leave while he was helping with the evacuation. Ding reluctantly agreed.

Rescuers supported the passengers as they walked out the tunnel. Ding burst into tears after arriving at the station platform.

“I feel terrified and I’m also very lucky,” she said.

A doctor who was helping a passenger with hypothermia, asked surrounding people if any had some candy.

The young doctor told Ding it was his first day of work. He had picked up his now-muddy gown at hospital that very morning.

At about 10 pm, all of the more than 500 passengers were finally evacuated.

Twelve died and five were injured.

More rescuers arrived at about 10:30 and told Ding to go home.

“I think I’m too lucky and too happy that I can finally come home,” Ding said.