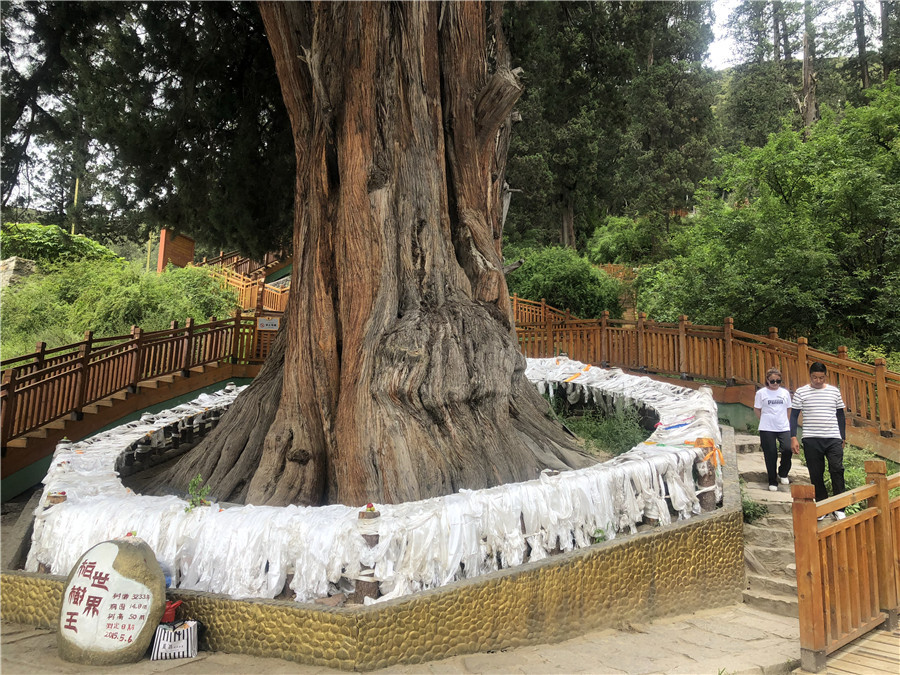 One of the 990 juniper trees in the Bakyib district of Nyingchi, the 3,238-year-old giant juniper, is regarded as the world's biggest juniper according to historical documents of the Tibetan Bon religion, according to residents.

It takes 14 adults with their arms linked to reach around the tree. It is 57 meters tall.

As the tree has become a tourist attraction, residents sell their locally produced organic fruits, walnuts, mushrooms and fungus to tourists. 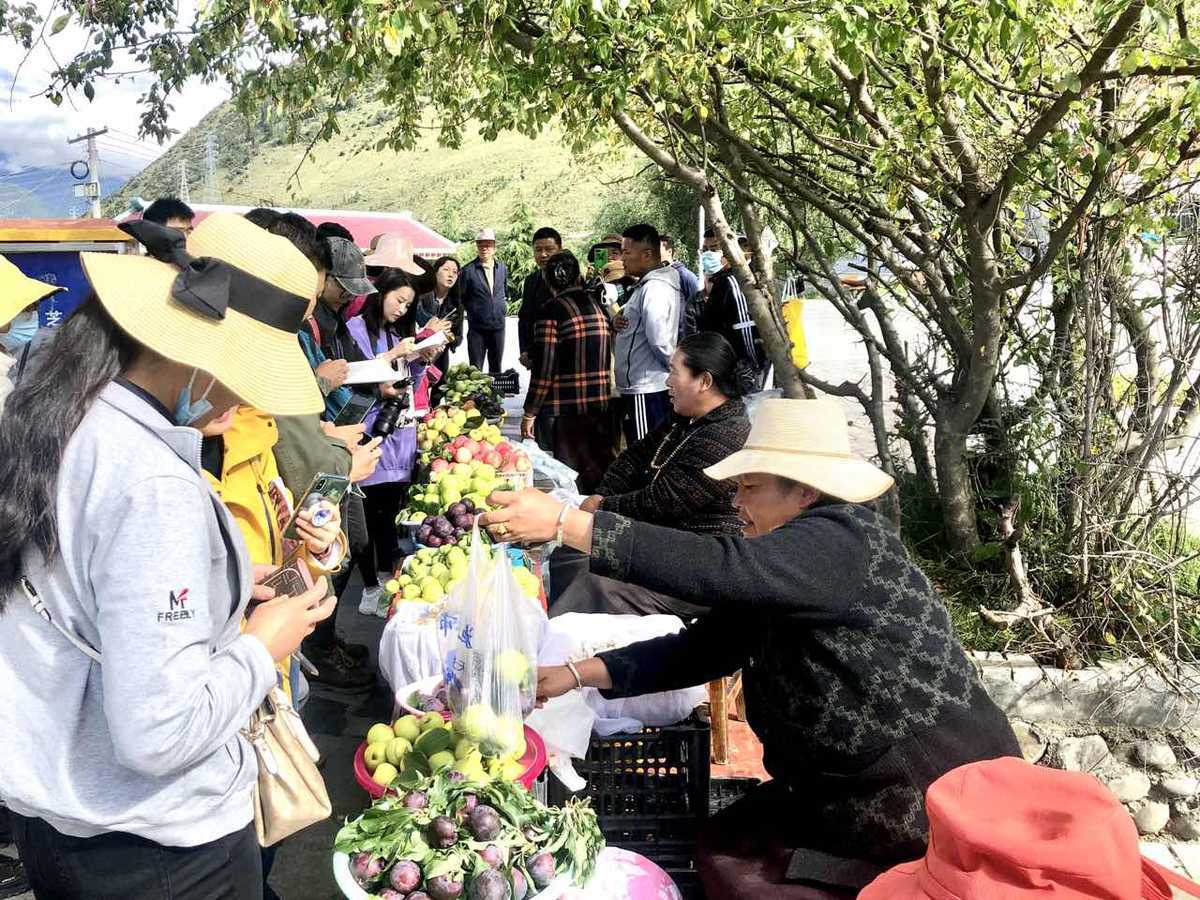 The scenic operator also shares 40 percent of its net income with residents every year.

Lhakpa Tsering, an official of Bagche village in Bakyib district said the tourism industry has been one of the main income sources for residents. The juniper scenic spot brings an average net income of 40,000 yuan ($5,700) to each household, he added. He said his village was removed from the poverty list in 2016.

Villagers are also engaged in other collective economic cooperatives, such as renting land for logistics warehouses and markets for construction materials.

"Our village has collective property worth more than 10 million yuan now, and the average annual per capita rural disposable income in 2019 hit 28,000 yuan," he said.