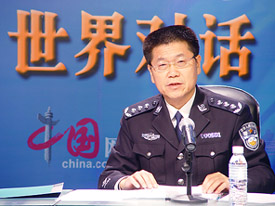 A juvenile rape case in which a 14-year girl was forced to marry her 19-year cousin in a religious ceremony and raped by him later has gained wide attention on China's social media over the weekend.The girl's maternal aunt and her son were both given a suspended sentence of three years in jail by the People's Court of Linxia county in Northwest China's Gansu Province, the Gansu Daily reported in December.The victim, surnamed Ma, whose mother died several years ago and father ran a restaurant away from home, was not raised by her maternal aunt. Ma's aunt forced her to marry her cousin in a religious ceremony on January 19, 2018 when she was under the age of 14.Ma's cousin, who was 19 at that time, had sex with Ma, according to the report.Nowadays, Ma has returned to school and lives with her father, reported the Gansu Daily, which did not disclose the name of the religion.The case was listed as one of the 10 typical cases involving minors at a press conference of the People's Procuratorate of Gansu Province in December. The person who was in charge of the religious wedding ceremony should be criminalized, a Sina is Weibo user wrote in a comment, which has been liked by 246 users as of press time. The procuratorial authorities in Gansu have severely cracked down on various crimes against left-behind children and protected their rights and interests from being infringed, the Lanzhou Evening News reported. Linxia has a population of 358,400, 41 percent of whom are members of ethnic minorities, reports said. Hui Muslims make up 33 percent of the county's total population.