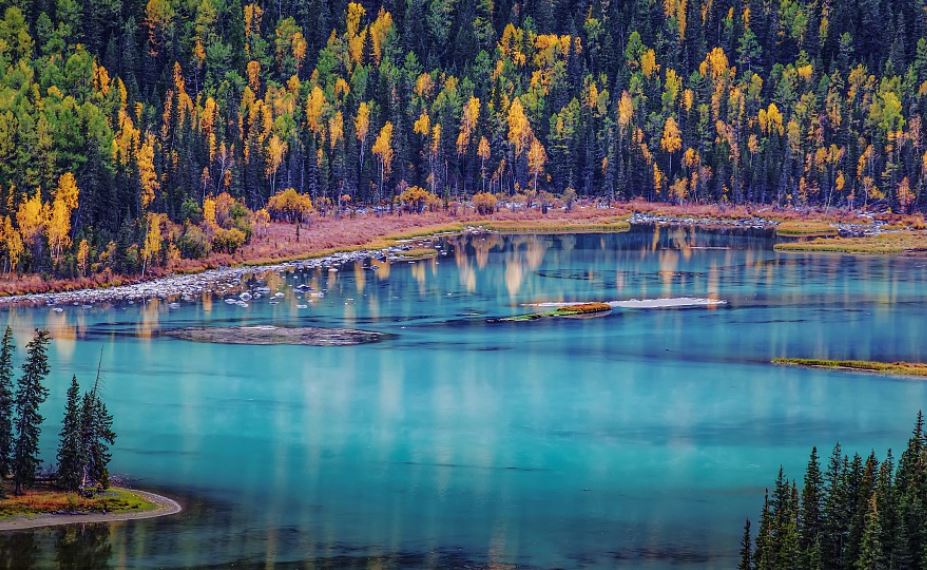 Located in the valley of Altai Prefecture in China's Xinjiang Uygur Autonomous Region, Kanas Lake is known as one of the most beautiful lakes in the country.

The lake was formed around 200,000 years ago during the Quaternary Period. It's estimated that the lake has a water storage capacity of 53.8 billion cubic meters. There are hundreds of species of plants and animals that now live in the area embraced by snow-capped mountains and dense forest.

The lake is also known for its mysterious large lake creature which some speculate to be giant Hucho taimen, a species of fish in the salmon family.