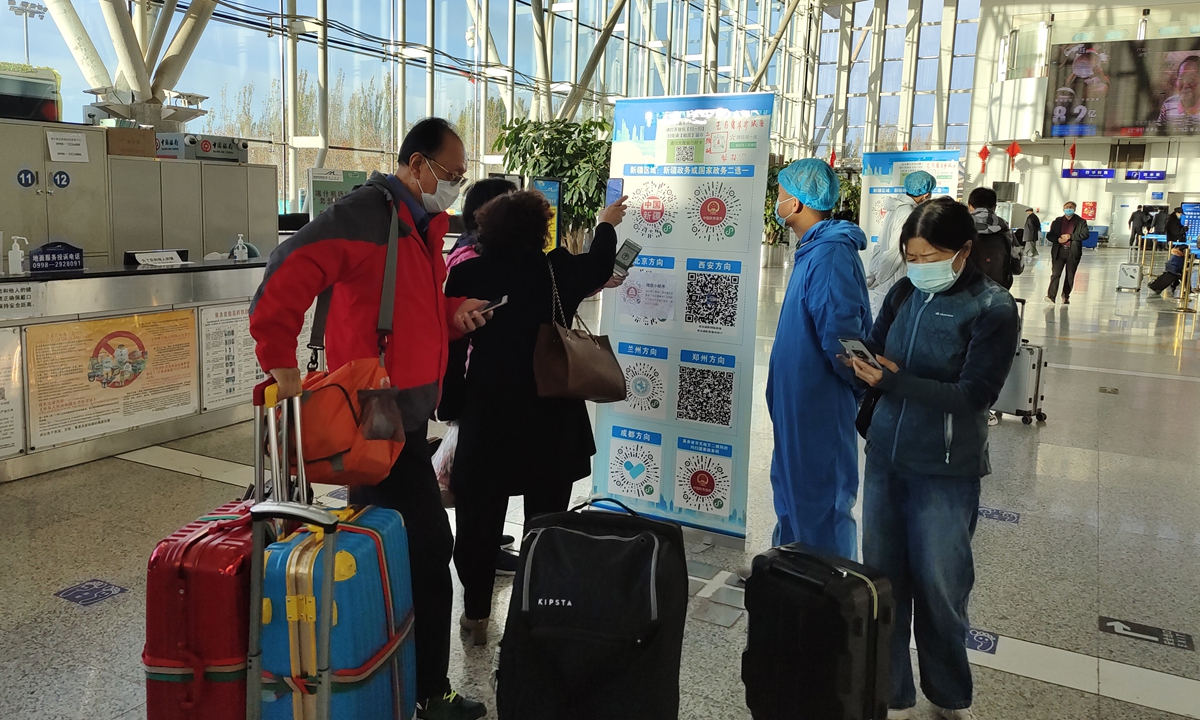 Kashi in Northwest China's Xinjiang Uygur Autonomous Region began its third round of mass nucleic acid testing on Monday after Xinjiang reported 61 new silent virus carriers on Saturday alone. This comes after it finished the second round of testing in key villages, which sparked public concern over whether the initial clustered outbreak linked to a local clothing factory had spread in the region.

Experts reached by the Global Times on Monday said that repeated nucleic acid testing will help to track undiscovered COVID-19 infections in communities and source of infections, and assure the public that the epidemic has been contained. However, they also suggested a more thorough epidemiological investigation and the need for greater speed.

Wang Guangfa, a respiratory expert at Peking University First Hospital, told the Global Times on Monday that repeated testing is a way to track down people with false negative nucleic acid tests and those in the incubation period.

But Wang said massive citywide testing is less effective given asymptomatic infections are also contagious, and suggested Xinjiang devote more efforts to epidemiological investigation and only test the key population connected to the epidemic.

As of Sunday, the total number of existing infections in Xinjiang is 280, of whom 57 are confirmed cases with nine in serious conditions and 223 asymptomatic. The confirmed cases were found in Shufu county while the silent carriers were from Shufu county and nearby Akto county in the Kizilsu Kirgiz Autonomous Prefecture.

The new outbreak came two months after Xinjiang curbed a cluster of infections in regional capital Urumqi in early August.

Kashi completed prefecture-wide testing of 4.7 million residents in four days on October 27. The testing discovered no other infections beyond the clustered epidemic related to the factory in Shufu county. Viral gene sequencing also ruled out the possible link between Kashi's outbreak and a previous one in Urumqi in July.

The second round of nucleic acid testing for residents of Kashi and close contacts living in the nearby villages of Kizilsu Kirgiz Autonomous Prefecture was completed within three days on Saturday. Among the new cases, 46 were from Shufu county and the remaining 15 were from two villages in Akto county in Kizilsu Kirgiz Autonomous Prefecture. Chinese experts said that these new infections could be a result of patients in the incubation period or false negative nucleic acid tests.

Normally, COVID-19 infections will see a gradual decrease in seven days and a noticeable decline in about 14 days if anti-epidemic measures are accurate and effective, Wang said.

With the increasing number of confirmed COVID-19 cases in Xinjiang, the region is making full efforts to provide medical treatment for COVID-19 patients with the support of top medical staff from across the country. Convalescent plasma therapy has been used to treat critically ill patients, the Xinhua News Agency reported Monday.