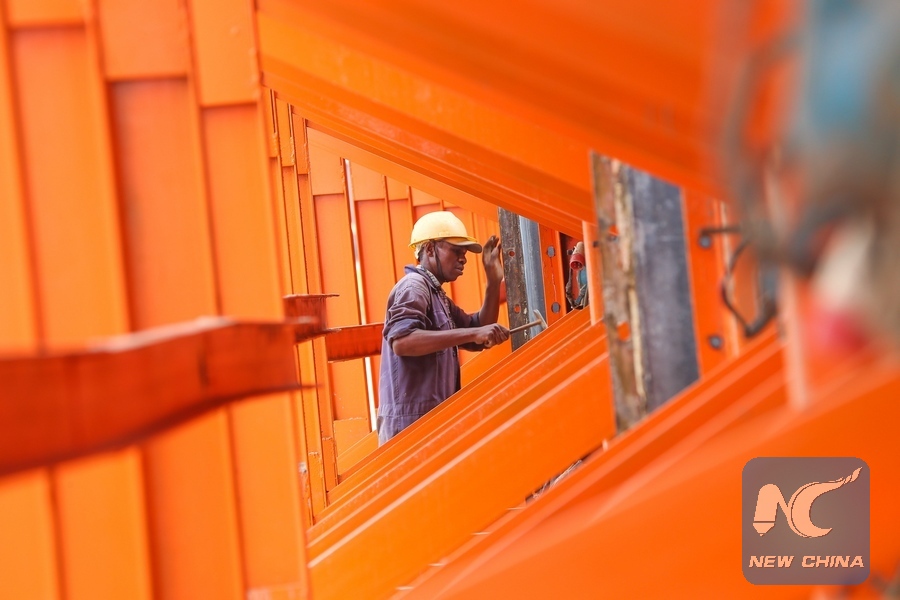 A local employee works at the sleeper and beam factory at the sixth section of Kenya's Standard Gauge Railway (SGR) project, near Mtito Andei, Kenya, on Sept. 2, 2015. (Photo: Xinhua)

Kenya has strengthened its investments and legal framework in order to attract more Chinese investments especially in areas of industrialization as it seeks to attain a newly industrialized country status by the year of 2030, a senior official has said.

"Chinese private investors should take up opportunities presented in the Special Economic Zones that are now operational," Henry Rotich, Kenya's Cabinet Secretary for the National Treasury said in a recent interview in the capital of Nairobi.

"We have also finished reforming our Private Public Partnership laws, so we have now the institutional capacity. We are therefore accepting proposals in all sectors of the economy," he said.

"We are very optimistic that the government-to-government relations we have had with China will be strengthened but at the same time we want more Chinese investors to come and set up manufacturing hubs in the country," he added.

Kenya is seeking to increase the contribution of its manufacturing sector to its annual economic output from the current 9 percent to 15 percent in the next five years, the official said.

"Part of this will be actualized through investments in special economic zones. It is also seeking Chinese technology to enable it to set up agriculture produce manufacturing hubs in the rural areas to meet its annual food needs and become a net food exporter," he added.

Kenya has been investing heavily in building its infrastructure, especially roads, railway and electricity generating capacity to facilitate manufacturing and smooth supply of raw materials from the rural areas.

According to the Treasury, more than 2,000 kilometers of roads have been upgraded into bitumen standards over the last five years. The 480-km Standard Gauge Railway from Mombasa to Nairobi is now providing efficiency in rail transport and being extended a further 80 kilometers as part of its extension to the neighboring Uganda.

Several Chinese companies, including the Guangdong New South Group Limited signed an agreement with the Kenyan government in May last year to build an industrial park in Kenya's western town of Eldoret, where the government plans to build a Special Economic Zone.